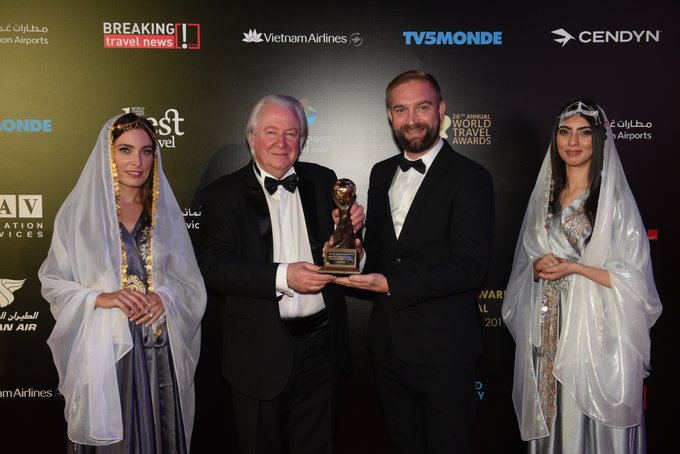 LONDON, 29-Nov-2019 — /EuropaWire/ — Inmarsat named the ‘World’s Leading Inflight Service Provider’ for the third year in a row at the prestigious World Travel Awards. The world leader in global, mobile satellite communications was recognised for its pioneering GX Aviation and European Aviation Network (EAN) connectivity solutions for the airline industry.

The award was announced at a gala ceremony in Muscat, Oman, following a vote by leading travel and tourism executives from around the world.

Inmarsat delivered a major step-change in inflight broadband capabilities with GX Aviation, powered by the world’s first and only globally available broadband network, and EAN, which offers unprecedented performance over Europe’s well-travelled skies. With connectivity onboard at comparable speeds to land-based broadband, both solutions enable airline passengers to seamlessly browse the internet, stream videos, check social media and more.

Currently, almost 1,800 aircraft are under signed contracts for GX Aviation and EAN, with a new business pipeline of approximately 3,000 aircraft worldwide.

“This has been another remarkable year for Inmarsat, as the rollout of our advanced new inflight broadband solutions continued to pick-up speed worldwide with both existing and new airlines. GX Aviation and EAN are now installed on aircraft with customers such as Qatar Airways, AirAsia, Air France, Virgin Atlantic, Lufthansa, Singapore Airlines, Air New Zealand, British Airways and many others.

“The feedback from airlines and their passengers remains extremely positive. The fact that the travel and tourism industry is also recognising our achievements for the third consecutive year at the World Travel Awards is another significant endorsement. This couldn’t have been possible without the hard work and dedication of the talented team at Inmarsat, in addition to our global network of partners and value-added resellers,” commented Philip Balaam, President of Inmarsat Aviation.

Inmarsat marks its 40th anniversary this year by outlining an ambitious development roadmap for its Global Xpress (GX) network, which commenced this week with the launch of its fifth satellite, GX5, providing focused capacity for airlines and business aviation over Europe and the Middle East. Scheduled to launch in the coming four years are seven additional satellites, making GX the most agile and flexible constellation ever built.