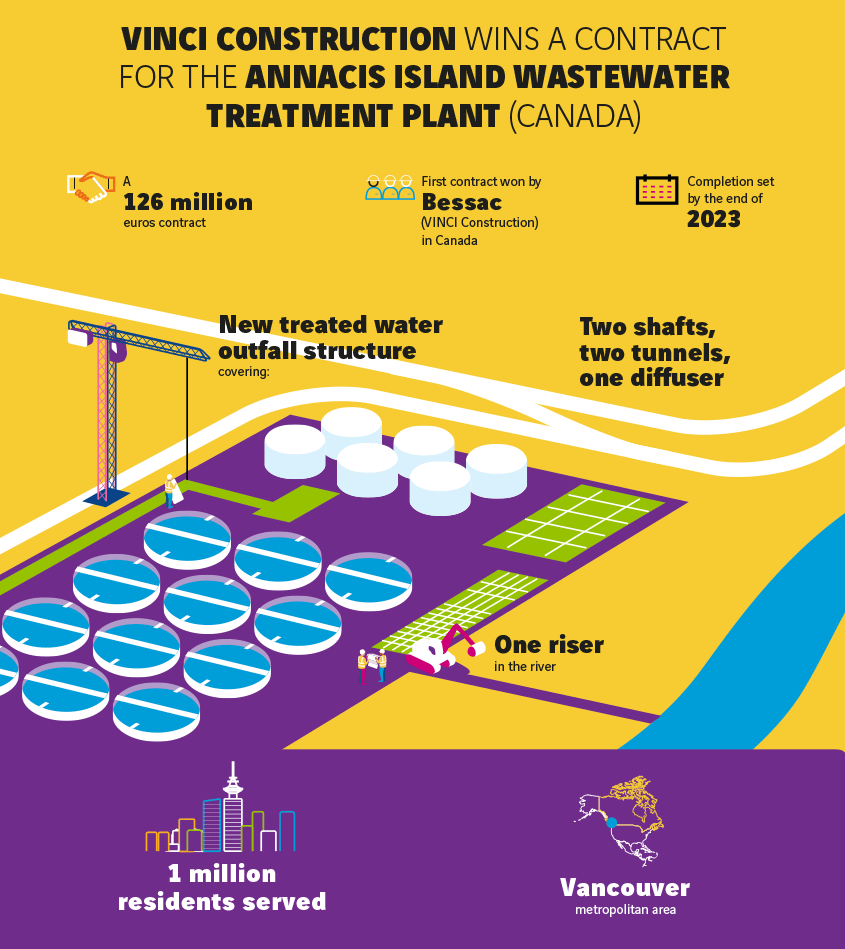 (PRESS RELEASE) PARIS, 16-Oct-2019 — /EuropaWire/ — VINCI Construction to build new pipelines for the Annacis Island wastewater treatment plant near Vancouver. The contract is via its subsidiary Bessac and in a general partnership with the Canadian Pomerleau company. The contract is worth CAD 184 million (about €126 million).

VINCI Construction will build two 40 metre deep access shafts with 16 and 7 metre diameters respectively and two segment-lined tunnels with lengths of 580 and 200 metres and an inside diameter of 4.2 metres. The contract also includes: a riser in the Fraser River, refurbishment of the existing diffuser following commissioning of the new 280 metre long, 2.5 metre diameter diffuser buried in the riverbed, and a new water control system connected to the existing structures.

Metro-Vancouver, which comprises 21 municipalities, one Electoral Area and one Treaty First Nation financed the project which is planned to be completed by the end of 2023.

The project is part of the Annacis Island wastewater treatment facility expansion. The facility is one of the region’s largest, with a treatment capacity of nearly 175 million cubic metres per year, equivalent to the consumption of a population of one million.

This is the Bessac’s first contract in British Columbia, a Canadian province offering excellent prospects for the future. Bessac (Soletanche Bachy) specialises in tunnel and microtunnel construction and works on complex projects both within and outside France.