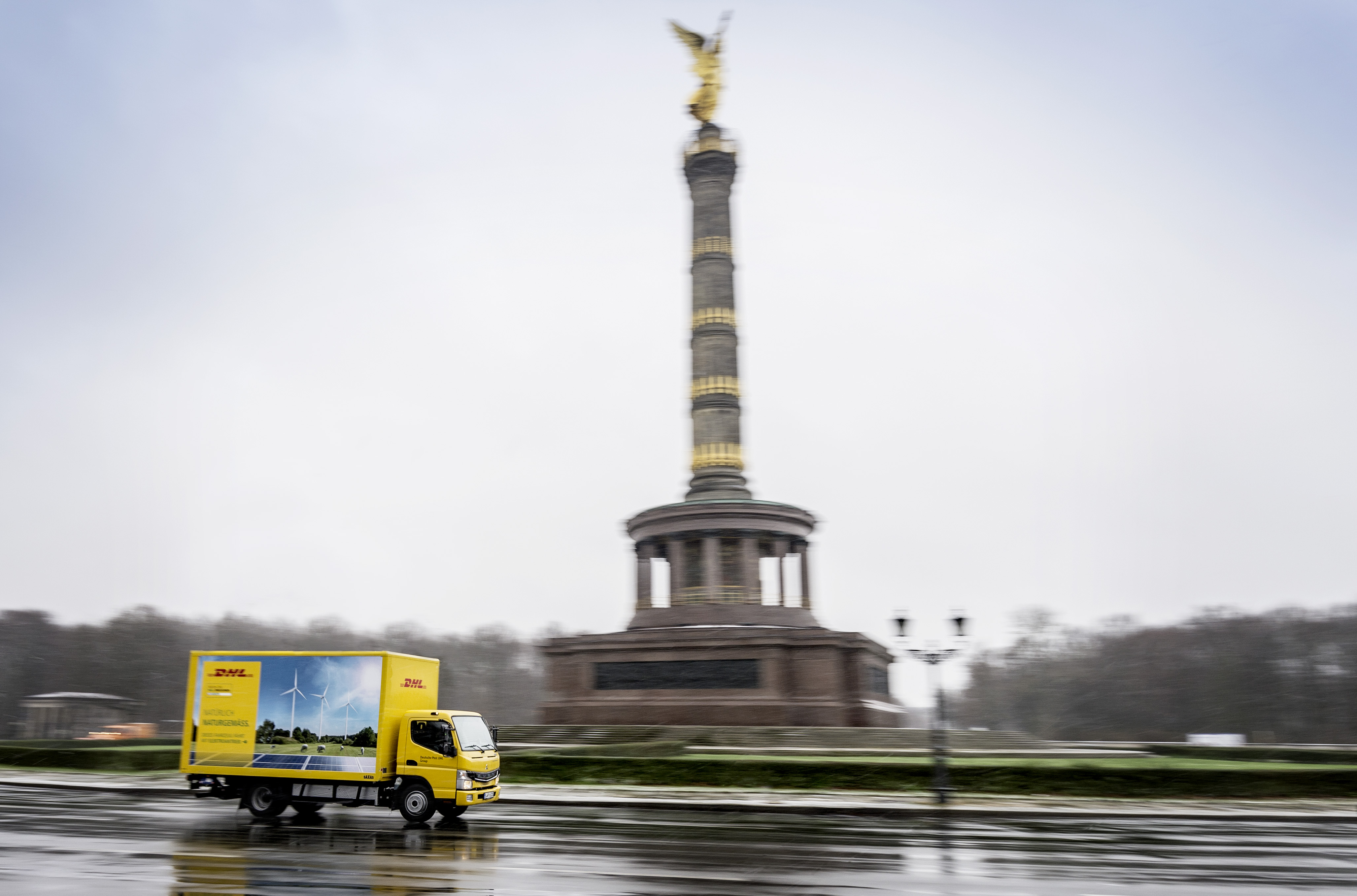 BONN, 15-Dec-2017 — /EuropaWire/ — DHL Freight is electrifying its freight forwarding business with the deployment of two FUSO eCanters made by Daimler Trucks. Today’s official vehicle handover to the first European customers marks the beginning of DHL Freight’s extensive 24-month test phase of the electric trucks in the Berlin metropolitan area. The 7.5-ton eCanter is the first all-electric, series-produced truck. Its low-emissions drive and low noise levels make it unique among freight-carrying trucks.

“The use of alternative drives, such as those built into the all-electric FUSO eCanter, plays an important role in reaching our Group-wide goal of reducing all logistics-related emissions to zero by the year 2050. DHL Freight is firmly committed to helping make this happen. By deploying the eCanter, we hope to reduce emissions from our forwarding business, as well as local air pollution emissions, which will in turn reduce our carbon footprint and that of our customers,” explains Uwe Brinks, CEO DHL Freight.

In the coming months, the two all-electric trucks will be starting up at the Wustermark branch for local freight forwarding services in Berlin. Here, the new lightweight trucks will mainly be used to deliver to businesses and private customers in the city center. The trucks will be on the roads delivering less-than-container-load shipments weighing over 35 kg, such as electric or large home appliances, to private customers. DHL Freight will be using the eCanter both for pick-up and delivery, with the aim of reducing pollution for first and last mile services in the road transport business.

In addition to the two vehicles for DHL Freight, DHL Parcel has also officially taken over four electric trucks for the Berlin region. DHL Parcel will use the four trucks in the central downtown area of Berlin for supplying companies and major customers. The electric trucks are fully integrated into the operational process and replace the vehicles previously used. The aim of the test is to gain more information about the use of e-trucks for company deliveries.

The all-electric FUSO eCanter is, in terms of Total Costs of Ownership, more cost-efficient than conventional diesel-driven vehicles and has a range of about 100 kilometers and a maximum commercial payload of 3.5 tons.

The use of vehicles with alternative drives and technologies plays an important role in this regard, which is why DHL is testing and implementing various concepts worldwide. In addition to new types of drives, other emissions-reducing strategies such as truck superstructures that save fuel and therefore reduce emissions are being used as well. These include the aerodynamic teardrop trailer, which has a drop-shaped roof to reduce air resistance, thereby reducing fuel consumption by 6% to 10% over conventional heavy trucks. DHL Freight has been using the teardrop trailer in its transport operations in Germany, France and the Benelux countries since 2014.