Still a few months to go, but preparations for CuriousU 2015 are in full swing. This will be the first festival edition Summer School in the Netherlands. On Monday, the organizers of the eight-day festival (11 to 18 August in Enschede) on the University of Twente campus announced that they have booked a number of big names.

Enschede, Netherlands, 11-2-2015 — /EuropaWire/ — Victor Mids, host of the TV show Mindf*ck (which is broadcast every Monday), will launch the proceedings during the first CuriousU evening on 11 August. His “neuromagic” is a combination of illusionism, psychology, medicine and sleight-of-hand. Victor’s performance is quite unlike a traditional magic show. Instead, he leads his audience through a variety of illusions and neuropsychological experiments in a light-hearted and intelligent way. Can you be easily distracted? How do you wipe someone’s memory? And is there really such a thing as free will? During CuriousU you will have the chance to find out how easily your own mind and senses can be fooled.

Another big name at CuriousU will be Bas Lansdorp, joint founder of the Mars One project. Mars One is working to establish the first permanent human colony on Mars.

Aside from the fun and games at the festival, you will also be able to take some high-tech courses during CuriousU. The Summer School includes courses (worth two European Credits) on health, serious gaming, design, and entrepreneurship. The courses will be in festival style. For instance, course participants can easily switch subjects, from physics to health to water management, for example. The levels range from beginner to advanced. CuriousU is suitable for undergraduate students, Master’s students and, indeed, for anyone with a wide range of interests and an inquiring mind.

Tickets for the event will go on sale this week. The early-bird rate, available until 1 May 2015, for the eight-day Summer school festival is €550 (which covers tented accommodation, food, drinks, course materials, music, culture, use of the sports facilities, invited speakers and of course lots of fun). After 1 May, the standard rate of €750 per person will apply. Further details and registration: CuriousU 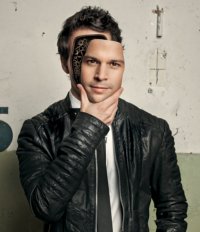