A new report by Newcastle University urban and regional development experts shows how 10 of the UK’s top 12 struggling cities are based in the north.

NEWCASTLE, 01-Mar-2016 — /EuropaWire/ — Uneven growth: tackling city decline, written for the JRF (Joseph Rowntree Foundation) by researchers at the Centre for Urban and Regional Development Studies(CURDS), examines how these places are faring compared to each other and the national average. It demonstrates that while many Northern cities are growing, this growth is often lagging significantly behind national levels. No city in the south featured in the top 12 or 24 of the index.

The study showed the top struggling towns and cities are:

The study analysed the fortunes of 74 towns and cities with populations over 100,000 people. It looked at changes in employment rates, levels of highly-qualified workers, the number and type of full-time jobs, net migration rates, population change and change in rank.

The report shows that for wider prosperity and rebalancing, areas outside the biggest cities must also share in the benefits of investment and devolution.

For instance, the research showed cities in the south have seen a much stronger growth in full-time equivalent job creation, benefitting places such as Exeter and Milton Keynes, while Burnley and Stoke have struggled. In the top 12 struggling cities, full-time job creation fell back by -2.1% between 2009 and 2013 according to the index, compared to growth of 1.9% for the national average and 5.4% in the top 12 best performing cities.

The study says economic growth alone will not necessarily reduce poverty in cities, so comprehensive and integrated packages of long-term policies around economic development, employment and skills and infrastructure are required.

Professor Andy Pike, co-author of the report and Professor of Local and Regional Development in CURDS at Newcastle University, said: “Economic and social conditions in UK cities are diverging and increasingly different.

“Many cities in the north are growing but are failing to keep up with national trends. There are three kinds of such cities – ‘core’, ‘overshadowed’ and ‘freestanding’ – each with different predicaments and potentials for growth and prosperity.

“If the commitment to rebalancing in the UK is meaningful then greater policy attention and resources by central and local government needs to be focused upon the particular needs of these cities lagging behind.”

Josh Stott, policy and research manager at JRF, said: “Britain has the potential to become a more prosperous country, with George Osborne’s Northern Powerhouse playing a key role in rebalancing the economy.

“But it must reach all parts of the north to ensure prosperity is shared. To rebalance the economy and ensure local growth provides opportunity for all households, the Treasury needs to ensure areas outside of Core Cities are not left behind. City leaders – with a new suite of powers at their disposal – must also show leadership to do their part to ensure growth and prosperity is shared by all.”

The full report is available on the JRF website. 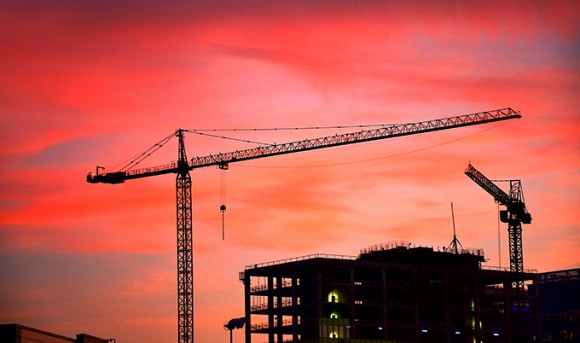