29-11-2012 — /europawire.eu/ —  The European Investment Bank (EIB) and Enel Green Power (EGP) signed a EUR 160 million loan for financing the four-year plan of the Enel Group company concerned with renewable and alternative energy sources. This is the second and final tranche of an operation totalling EUR 600 million that was approved in 2010. The first tranche (EUR 440 million) was signed two years ago, the day after EGP was listed on the stock exchange.

This financing operation will support the programme to develop EGP’s activities in Italy until 2014. The investments financed by the EIB will enable EGP to increase the amount of electricity generated from renewable sources by developing a range of innovative technologies involving solar, photovoltaic, wind and geothermal energy as well as hydro power.

For the EIB the operation is one of its priority areas as it involves financing energy projects that will help to increase the amount of power generated from renewable sources. By diversifying the sources of production, it will on the whole improve the impact on the environment by helping in the fight against climate change and to increase overall efficiency, with the aim of ensuring the security and sustainability of energy supplies over time.

The operation will contribute towards implementing the European Union’s 2020 Strategy, which, insofar as the environment is concerned, has the target of reducing CO2 emissions by 20% over the next few years. 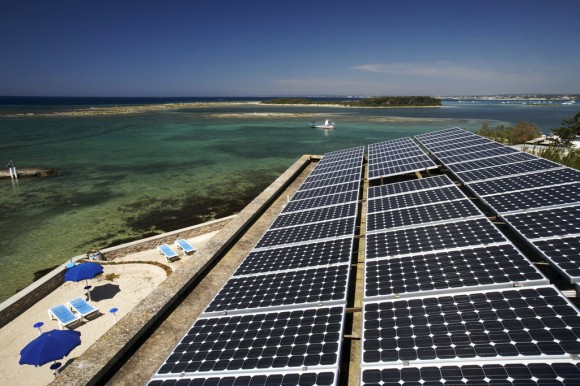