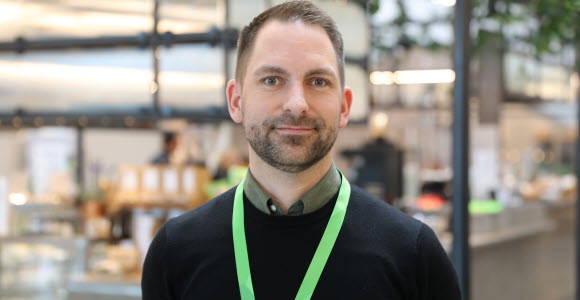 (PRESS RELEASE) STOCKHOLM, 14-Feb-2020 — /EuropaWire/ — SEB announces the appointment of Niklas Magnusson as new Group Press Officer. Niklas is the former Bureau Chief for Bloomberg News in Stockholm. He will report to the Head of Communication, Frank Hojem.

Niklas studied journalism and contemporary history in London. He worked at an English local newspaper and a German news agency before joining Bloomberg news agency in Stockholm in 2005, where he covered the banking sector. Five years later, Niklas was assigned to open a new bureau for Bloomberg in Hamburg in 2010. He was then appointed Bureau Chief for Bloomberg Stockholm in 2012.

Niklas Magnusson commenting on his appointment:

“This feels incredibly exciting. I’m looking forward to spotlighting the important role that banks have in society and the valuable work that SEB is doing in sustainability and entrepreneurship.

“It will be inspiring working in the financial industry, with the rapid transformation that the industry is currently undergoing. I am particularly drawn to the interface between tradition and innovation. SEB is a bank that I have always regarded as being at the vanguard, and it has developed and adapted as society has changed. Being part of SEB’s ongoing journey feels incredibly exciting.”

“We are very glad to welcome Niklas to SEB. With his deep knowledge about both media and the financial sector, he will be an important contributor to SEB’s work towards media and other external stakeholders.”