Heathrow CEO Colin Matthews on CAA’s final Q6 regulatory proposals: this proposal is the toughest Heathrow has ever faced

Today the CAA has published its final proposals for the economic regulation of Heathrow, saying airport charges should be subject to a real terms price freeze (RPI +0%) from 2014-2019.

London, United Kingdom, 07-10-2013 — /EuropaWire/ — The CAA’s figure is derived from its forecasting of future passenger numbers, retail revenues, operational efficiencies, and the cost of financing capital investment. Since the publication of its Initial Proposals in April, Heathrow has argued that the CAA has fundamentally underestimated the cost of raising capital to invest in new facilities.

“This proposal is the toughest Heathrow has ever faced. The CAA’s proposed cost of capital of 5.6% is below the level at which Heathrow’s shareholders have said they are willing to invest. The CAA’s settlement could have serious and far-reaching consequences for passengers and airlines at Heathrow.

“We want to continue to improve Heathrow for passengers. Instead, the CAA’s proposals risk not only Heathrow’s competitive position but the attractiveness of the UK as a centre for international investment. We will now carefully consider our investment plans before responding fully to the CAA.”

Heathrow has invested £11 billion over the last ten years in new facilities such as Terminal 5 and passengers say they have noticed the difference. In June, Heathrow was named the best large airport in Europe, while passengers have voted Terminal 5 the ‘world’s best terminal’ for two years running. Next year the new £2.5bn Terminal 2 will open, continuing this progress.

Yet Heathrow’s rate of return on capital investment as set by the CAA has declined from 7.75% in Q4 (2003-2008) to 6.2% in Q5 (2008-2014). The CAA’s current proposal of 5.6% return in Q6 provides no incentive for shareholders to fund improved facilities. Since 2008 Heathrow has made a pre-tax loss every year and shareholders have not received the return on their investment allowed for by the regulator. This is unsustainable.

Heathrow’s own proposals, submitted to the CAA in July, would have delivered a £3bn investment to further improve the airport and passenger experience. This would see airport charges increase by around one pound a year per ticket, with research showing that passengers are prepared to pay more for better service they value. To ensure prices remain competitive, Heathrow’s proposals committed to taking £427m out of operating costs and delivering further cost-efficiencies to airlines through the modernisation of the airport.

The CAA has a duty to set a price cap level which both protects the interests of passengers and ensures the required investment can be financed. Heathrow has to compete for investment on the global stage, and its international shareholders from Canada, China, Qatar, Singapore, Spain and the United States are all looking for a fair return corresponding to their investment risk. If the UK does not offer a competitive rate of return, international investors will be discouraged from investing in regulated British companies.

The Airports Commission is currently considering options for new runways. Whether its final recommendations support a new runway at Heathrow or a new hub airport elsewhere, the level of financing required will be unprecedented. International investors will not fund billions of upfront investment in UK infrastructure if the lesson from history is that their return will be cut as soon as they have built it. 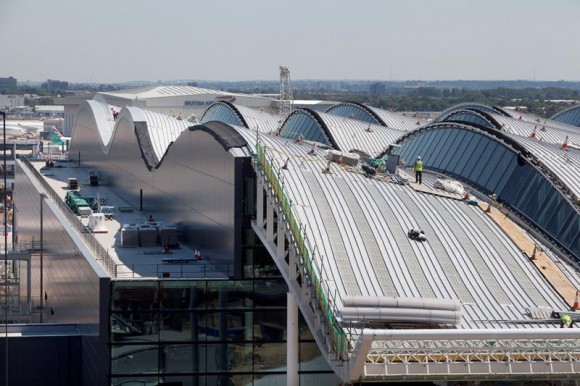