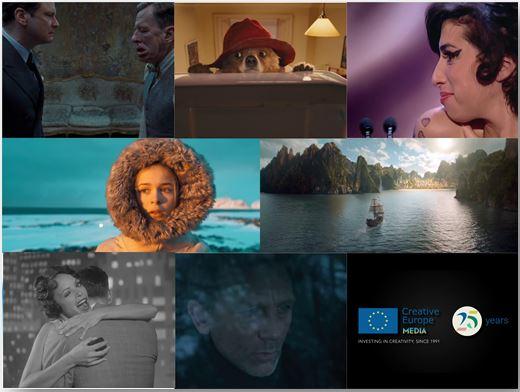 Today (1 December 2016) and tomorrow hundreds of top filmmakers, industry representatives and policy makers are gathering in Brussels to explore the challenges and opportunities ahead for Europe’s audiovisual sector, including the future of the EU’s MEDIA programme, which is 25 years old this year.

BRUSSELS, 02-Dec-2016 — /EuropaWire/ — Andrus Ansip, Vice-President for the Digital Single Market, said:”The MEDIA programme has made European films reach new viewers across borders, in cinemas, festivals, schools and also online. We have to build on this success and continue our work to ensure that Europeans, especially young digital natives, have access to a wide and diverse legal offer of audiovisual content. This goes hand in hand with our efforts to fight piracy.” Vice-President Ansip will speak at the event 25 years of MEDIA: Investing in Creativity, Building the Future tomorrow at 9:30 CET.

Günther H. Oettinger, Commissioner for the Digital Economy and Society, said: “With the MEDIA programme, we help creators develop, co-produce, distribute and promote their artistic works. It is an essential European tool for the competitiveness of the audiovisual sector. We believe in high-quality and innovative content, and we should help it thrive in the Digital Single Market.“Commissioner Oettinger will speak at the event today at 9:45 CET.

Tibor Navracsics, Commissioner for Education, Culture, Youth and Sport, said: “Europe’s creators are world leaders. And the EU’s Creative Europe programme is vital in ensuring they can keep producing top-class content and reaching broad audiences. We will continue to support them, including with innovative tools such as the Cultural and Creative Sectors Guarantee Facility which helps SMEs in these fields access financing.”

At the event, participants will also explore new ideas (such as the immersive cinema experience when viewers feel like they are part of a film) as well as innovative forms of business collaboration and wider access to content. Discussions will help define the future vision and strategic direction of the MEDIA programme beyond 2020.

Key issues to be discussed:

Since its launch in 1991, the EU’s MEDIA programme, which is part of the EU’s Creative Europe programme for the cultural and creative sectors, has supported the continuous transformation of the audiovisual industry and promoted creative collaboration across borders. It has invested over €2.4 billion in European content, creativity and cultural diversity, helped in the development of thousands of films, their international distribution and promotion. It has forged links between professionals and provided high quality training for thousands of producers, directors and screenwriters. 25 years on, the audiovisual industry now faces the challenges of remaining innovative, improving its competitiveness and reaching new and wider audiences in a Digital Single Market.

The conference taking place today and tomorrow is framed within the European Film Forum (EFF), a platform launched by the European Commission in February 2015 to facilitate dialogue between industry professionals and policy makers. Since then, several EFF events have been organised from Berlin to Cannes, Venice to Annecy, Tallinn to Amsterdam. The EFF events have helped shape the debate and bring players from across the value chain together to discuss issues including fostering talent and creativity, reaching out new audiences, digital innovation and new financing models. Discussions will help shape the MEDIA programme beyond 2020.

To celebrate the 25th anniversary of the MEDIA programme, the Commission will also launch a competition at the beginning of 2017 to raise awareness of the programme among a new generation of film and TV lovers. Winners who can successfully recognise the MEDIA-funded films in this video will have the opportunity to attend the 2017 Cannes Film Festival and meet top film and television professionals.

The event on the 25th anniversary of the MEDIA programme is taking place as part of the Brussels Cinema Days. The festival focuses this year on European cinema and features around twenty films. With new films such as United States of Love by Tomasz Wasilewski and Caini by Bogdan Mirica, and other, less recent prized works by Jaco Van Dormael and the Dardenne Brothers, the Brussels Cinema Days also want to build bridges between the past, present and future of cinema.

Questions and answers on the MEDIA programme

25 years of MEDIA: Investing in Creativity, Building the Future, event at the Brussels Centre for Fine Arts (BOZAR) – programme

Country sheets on the MEDIA programme

Factsheet on the MEDIA programme

Factsheet on examples of films supported by the MEDIA programme

Factsheet on the funding schemes of the MEDIA programme