Henkel to advocate female entrepreneurship through its ideation hackathon 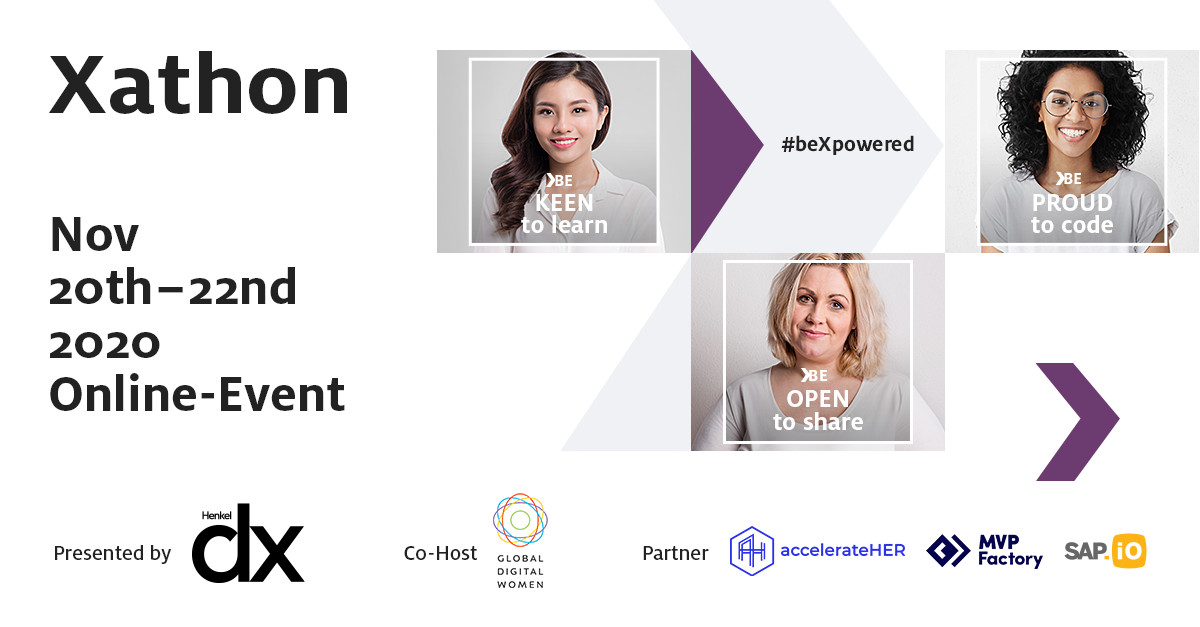 With its second Xathon, a female ideation hackathon, Henkel aims to advocate female entrepreneurship and drive gender diversity in the start-up and tech scene.

DÜSSELDORF, 19-Oct-2020 — /EuropaWire/ — Henkel’s open innovation and collaboration platform, Henkel dx Ventures, is getting geared up to host its second Xathon, a female ideation hackathon. Xathon by Henkel dx Ventures will bring together 60 female tech talents on November 20-22, 2020, with the aim to empower them to develop and shape their entrepreneurial mindset and ideas. This year’s main partner is “Global Digital Women”. The application period is now open and closes on October 30. Interested participants can apply at www.henkel.com/digital-business/xathon-2020.

With the Xathon, Henkel wants to advocate female entrepreneurship, promote innovative ideas and drive gender diversity in the start-up and tech scene. In total, 60 female talents will get the chance to participate in this year’s event. Further partners of the Xathon 2020 are accelerateHer, SAP’s early stage venture arm SAP.iO and MVP Factory.

Due to the COVID-19 pandemic, this year’s Xathon is going to take place as a virtual event.

“At Henkel, we have been promoting diversity for many years. We see it as part of our mission to create a dynamic and versatile working environment by driving female empowerment, raising awareness for and promoting gender equality,” explains Sylvie Nicol, Executive Vice President Human Resources and Infrastructure Services at Henkel. “I am personally convinced that fostering female entrepreneurship is a key component for businesses to leverage their full potential.”

Currently, only little over 15 percent of all founders in Germany are female. Due to a lack of role-models and the right ecosystem, many women still do not have the confidence and willingness to take the risk to start their own company.

“Women in tech are crucial because I believe that diverse teams make a true difference. That is why we need to increase the attractiveness for females, not only in technology but also as entrepreneurs. We want to contribute with the Xathon: we bring together female talents, give them a stage and by that give the opportunity to boost their innovative ideas,” said Michael Nilles, Chief Digital & Information Officer at Henkel.

“Women play a decisive role in digitization. Making them visible and enabling them to network with each other is not only crucial for promoting gender diversity, but also for ensuring that companies remain competitive, viable and innovative in the digital age,” underlined Tijen Onaran, CEO and Founder of Global Digital Women, who will hold a speech and workshop session about personal branding at the Xathon.

At the Xathon, the participants will work on challenges to develop business ideas in different fields, such as D2C, Artificial Intelligence, FemTech, social impact or sustainable innovation.  After a pitch presentation in front of a jury, the winners will be announced in an award ceremony. The winner of the Xathon 2020 will receive prices that will help in shaping and realizing their idea: one week Bootcamp with MVP Factory tailored to the needs of the winner, voucher from Udacity, speaking slot at one of accelerateHER London event as a Rising Star and much more.

All female talents who are looking to make a difference and want to be founders are invited to apply at www.henkel.com/digital-business/xathon-2020. The participation is free. Applications can be handed in from now on until October 30. Participants will be selected based on the creativity, innovative power and scalability of their idea, and on an explanation of why they have the skills and talent to be an entrepreneur. Participants will be announced no later than November 2.