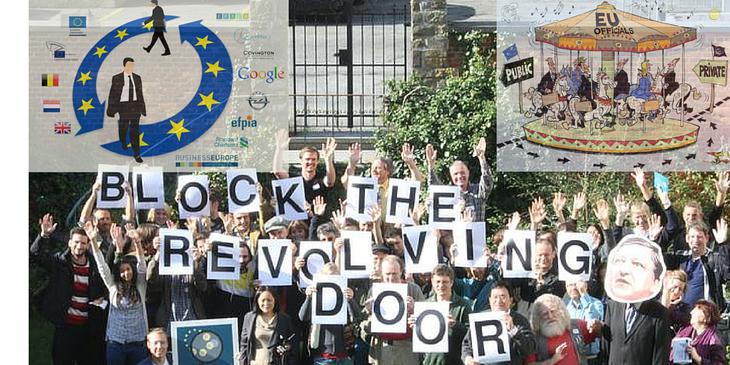 “The workings of the revolving door within the EU institutions are so surrounded by secrecy that any step towards transparency must be welcomed. But the Commission’s annual report1on senior officials who have left the EU institutions falls far short of what is needed.

The Commission’s report does not cover all exiting senior officials, only those deemed to have taken a new role which could be connected to lobbying or advocacy. That is a very narrow interpretation of Article 16 of the Staff Regulations which arguably requires all senior officials’ cases to be published. Also, the Commission does not publish all cases assessed for that category of official; it only publishes cases it has authorised and we are aware of at least one proposed new role which was assessed and rejected2.

Furthermore, key categories have been excluded from the definition of “senior officials” including members of commissioners’ cabinets, although elsewhere they are covered by the Commission’s lobby rules. All in all the cases presented here are extremely limited.

Moreover, the Commission’s report only features cases authorised in 2014. The Commission has left it until the last full working week of 2015 to fulfill its duties under the Staff Regulations.

Publishing a mere nine cases, more than a year after the decisions were made, is not the transparency revolution we wish to see from the Commission over its handling of the revolving door. Once again, the Commission chooses to do the minimum, rather than to implement comprehensive transparency.

We know that every year, hundreds of officials leave the Commission and we know that the Commission’s revolving door rules and the way they are implemented do not properly tackle the conflicts of interest which arise. The Farross and Jouanjean cases, which feature in the Commission’s report, are already published on RevolvingDoorWatch, as is our analysis as to why these authorisations were flawed.”

Corporate Europe Observatory (CEO) is a research and campaign group working to expose and challenge the privileged access and influence enjoyed by corporations and their lobby groups in EU policy making.

CEO relies on grants and donations to carry out our research and campaign work. By making a donation or becoming a friend of CEO you help to support our efforts to expose corporate lobbying, increase transparency and urge greater democratic accountabililty in the EU.