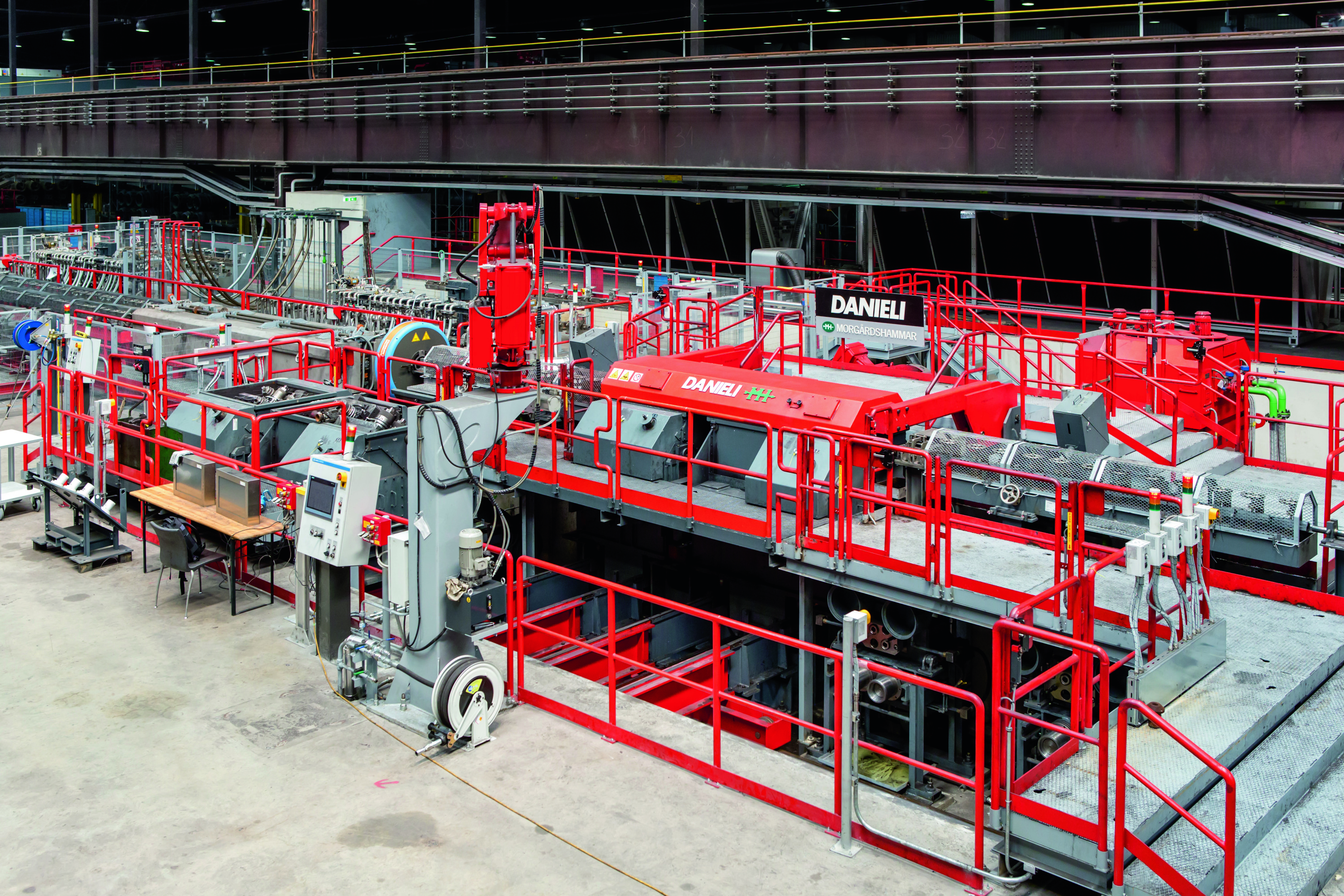 LINZ, 28-Sep-2017 — /EuropaWire/ — voestalpine continues to strengthen its leading international position in the quality wire sector with the official opening of its new high-tech wire rod mill at the site of the Metal Engineering Division in Leoben/Donawitz in Austria. Each year the fully automated plant—total investment volume EUR 140 million—will produce 550,000 tons of premium rod wire for the most sophisticated applications in the automotive, energy, construction, and mechanical engineering industries. The investment has created over EUR 60 million in value for Austria as a business location during the construction phase alone*.

The maximum possible degree of digitalization is one of the key preconditions for continuing to drive forward our technological leadership in future global markets, particularly in the mobility sector. We are setting new standards worldwide for modern industrial manufacturing processes with our new wire rod mill in Donawitz which unreservedly meets every Industry 4.0 standard.

Innovative monitoring with over 2,000 sensorsThe high-tech mill produces steel-based wires with diameters of between 4.5 and 60 millimeters whose purity, strength, and ductility meets the highest technological standards. The individual wire grades are manufactured on eleven separate rolling paths at throughput speeds of up to 400 km/h. The 700-meter-long rolling line is controlled via an innovative monitoring system with more than 2,000 data acquisition sensors and over 15,000 continuously recorded parameters.

This new technology allows us to evaluate and continually optimize all process steps in real time. In turn, this allows us to offer our customers even higher quality products for their specific requirements.

The new line replaces the existing rolling line which has been operational since 1979. All 450 employees have undergone intensive qualification measures in preparation for the new production processes. During the business year 2016/17 voestalpine Wire Rod Austria GmbH generated revenue of around EUR 315 million.

Main customer is the automotive industry

Over 50 percent of the wire produced in Donawitz is delivered as a high-quality pre-material to the automotive industry where it is processed into essential safety-relevant and weight-optimized components including cylinder-head bolts, dampening and clutch springs, and airbag cartridges; a modern car contains up to 120 kg of high-tech wire end products. Other areas of application include extremely high-load-bearing strengtheners for components used in wind turbines and in the off-shore sector.

According to a recent study by the Industriewirtschaftliches Institut (IWI)*, the value added across Austria purely as a result of constructing the new wire rod mill, including associated and infrastructure measures (project duration: 2013 to 2017), amounts to over EUR 60 million; of this around EUR 40 million was created in Styria. The production value in the form of goods and services achieved by the investment in Austria was around EUR 150 million (of which Styria: around EUR 100 million). Furthermore, during the same period more than 800 jobs were secured across Austria (of which 450 in Styria), with around EUR 20 million paid in tax and social contributions as a result of this project.

During the business year 2016/17 we invested a further EUR 225 million in our Styrian production companies, once again securing the jobs of our 9,400 employees in this federal state.

Three of the four voestalpine Group divisions—the Metal Engineering Division, Metal Forming Division, and the High Performance Metals Division—make a key contribution to regional value creation in Styria through their thirteen production companies and one holding company, spread over nine sites. Around 9,400 employees generated a total revenue of EUR 3.1 billion during the business year 2016/17. Investment volume over the past ten years amounted to EUR 3.2 billion, the average export quota was around 86 percent. voestalpine companies in Styria are currently training around 330 apprentices in 16 trades, thereby securing their future employment prospects.

Metal Engineering DivisionThe voestalpine Group’s Metal Engineering Division is the global market leader in turnout technology and related signaling technology, as well as the leading European supplier of premium rails and quality wire. The division is also a leading provider of seamless tubes and high-quality welding consumables. Customer segments include the railway infrastructure industry, the oil and gas industry, the mechanical engineering and automotive industries, as well as the construction industry. In the business year 2016/17, the division and its Steel, Rail Technology, Wire Technology, Tubulars, Turnout Systems, and Welding Consumables business units generated revenue of around EUR 2.7 billion, of which 40% was generated outside of Europe. The division, with its more than 13,000 employees worldwide, reported an operating result (EBITDA) of EUR 361 million.

In its business segments, voestalpine is a globally leading technology and capital goods group with a unique combination of material and processing expertise. voestalpine, which operates globally, has around 500 Group companies and locations in more than 50 countries on all five continents. It has been listed on the Vienna Stock Exchange since 1995. With its top-quality products and system solutions using steel and other metals, it is one of the leading partners to the automotive and consumer goods industries in Europe and to the oil and gas industries worldwide. The voestalpine Group is also the world market leader in turnout technology, special rails, tool steel, and special sections. In the business year 2015/16, the Group generated revenue of EUR 11.1 billion, with an operating result (EBITDA) of EUR 1.6 billion; it has around 48,500 employees worldwide.

About voestalpine
In its business segments, voestalpine is a globally leading technology and capital goods group with a unique combination of material and processing expertise. With its top-quality products and system solutions using steel and other metals, it is a leading partner to the automotive and consumer goods industries in Europe and to the aerospace, oil and gas industries worldwide. The voestalpine Group is also the world market leader in turnout technology, special rails, tool steel, and special sections.