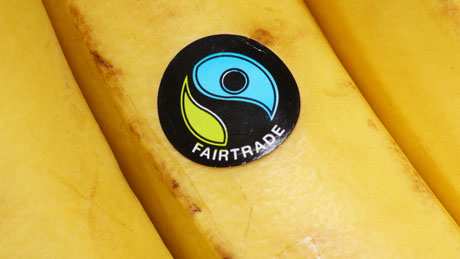 People in Switzerland buy fair trade products more frequently than their German counterparts. A new study by the Institute of Sociology at the University of Zurich states the reasons for this: The Swiss are more convinced ethically by fair trade products than their German neighbors, and there are also more products on offer in Switzerland. By contrast, the purchasing power differential between the Swiss and the Germans does not have any effect.

ZURICH, 16-Nov-2016 — /EuropaWire/ — Switzerland is one the world’s top countries in terms of per capita consumption of fair trade products. But there is a significant difference between the two societies regarding the use of products that provide a guarantee to buyers that the producers and workers receive fair prices and a fair wage. Germans spend comparatively little on these products. That’s surprising, as Germany is not so different from Switzerland in terms of its economic and social development. Sociologists at the University of Zurich joined forces with the Institute for Social-Ecological Research in Frankfurt to carry out research into the reasons for this country-specific difference. They surveyed around 3,900 inhabitants of the cities of Zurich and Cologne and analyzed the opportunities to buy fair trade products in those cities.

Opportunity and ethics are the decisive factors

Evaluating the data shows that differences in income are not significant for the higher consumption level in Switzerland, although the Swiss respondents have higher purchasing power than their German counterparts on average. Instead, better availability of fair trade products in the shops in Zurich increases consumption. Above all else, it is the stronger ethical push to buy fair trade products in Switzerland that is the decisive factor: “It is primarily differences in attitudes and the market structure that are responsible for the higher consumption level. Differences in purchasing power do not appear to play a role,” says Jörg Rössel, Professor of Sociology at the University of Zurich.

Adapted behavior of Germans in Switzerland

According to the authors, the fact that the surveys were carried out in two urban centers should not restrict the reliability of the results. On the contrary: choosing two urban areas enhances the comparability of the sample populations. For Georg Sunderer from the Institute for Social-Ecological Research, the findings demonstrate “the importance of the interaction between social context and individual attitudes in explaining the country-specific differences in the consumption of fair trade products.”

The basis for the empirical study is a standardized, postal survey carried out in 2009 (Cologne) and 2011 (Zurich). The respondents were persons selected at random from the inhabitants of Cologne and Zurich, where in Cologne only people with German citizenship and in Zurich persons with Swiss and with German citizenship were surveyed. Roughly 37 and 42 percent respectively of the persons contacted replied to the survey. At the same time, the offering of fair trade products in the areas surveyed was recorded in detail. This resulted in data on 351 shops in Cologne and 299 shops in Zurich.