Posted on 18, May 2016 by EuropaWire PR Editors | This entry was posted in Education, Science, United Kingdom and tagged Andreas Mogensen, rocket lettuce, Tim Peake, University of Leicester. Bookmark the permalink.

LEICESTER, 18-May-2016 — /EuropaWire/ — Physics students at the University of Leicester have been growing rocket lettuce from seeds that have been orbiting in space.

The seeds have spent six months with British astronaut Tim Peake as part of a national outreach project by the Royal Horticultural Society (RHS) and the UK Space Agency (UKSA) and landed back in Leicester last month.

Tim Peake took charge of the seeds while on the ISS for his Principia mission and after being held for six months in microgravity, the seeds were then returned to Earth with astronaut Scott Kelly for schools, colleges and universities to compare with identical plants grown in the classroom.

Half of the 200 seeds growing in a lab in the University’s Department of Physics and Astronomy, have made the journey to space and back and at the end of the trial the students will submit a number of scientific results for analysis by professional statisticians from the RHS and ESA.

Daniel Robson, a second year Physics and Astronomy student at the University of Leicester, said: “This has been a great opportunity for our student society AstRoSoc to get involved with something exciting related to current space research and exploration.

“We planted the seeds on 20 April and the experiment only lasts 35 days. Measurements of the plants’ growth are required every week or so – so it’s the perfect experiment to fit around our exams.”

Each group of 100 seeds is colour coordinated and the students won’t find out until the end of the experiment which group was launched into orbit and which remained on Earth.

Daniel added: “We are planning on artificially pollinating a selection of plants in both groups, and also producing mixtures using the pollen from both sets.

“I have never seen a rocket lettuce plant flower and I hope to be there when they do – although no-one really knows what to expect. The greatest factor in space that may have affected the seeds is the microgravity environment and their exposure to increased levels of radiation due to being above the Earth’s atmosphere.”

The students are also looking to work with academics in the University’s Department of Molecular and Cell Biology to help better understand the results of their multi-generational experiment.

Dr Mervyn Roy, a lecturer in the University of Leicester’s Department of Physics and Astronomy, said: “We have some fantastically engaged students in Physics and it’s great to see them use their own initiative to get involved in a national project like this. It’ll be really interesting to see the effect of microgravity on the seeds first-hand.”

For more information about the Rocket science project visit:https://schoolgardening.rhs.org.uk/Competitions/Rocket-Science-Experiment-Overview

For interviews and more information about the project, contact Daniel Robson at: djr28@student.le.ac.uk

AstRoSoc is a STEM student society at the University of Leicester which engages in outreach, academic projects and socials http://www.leicesterunion.com/groups/astrosoc

Images of the students with the space plants available to download at:https://www.dropbox.com/sh/lyh71rf6kxqw8of/AAC7Uxv_DAQNA-waCG6cTI28a?dl=0 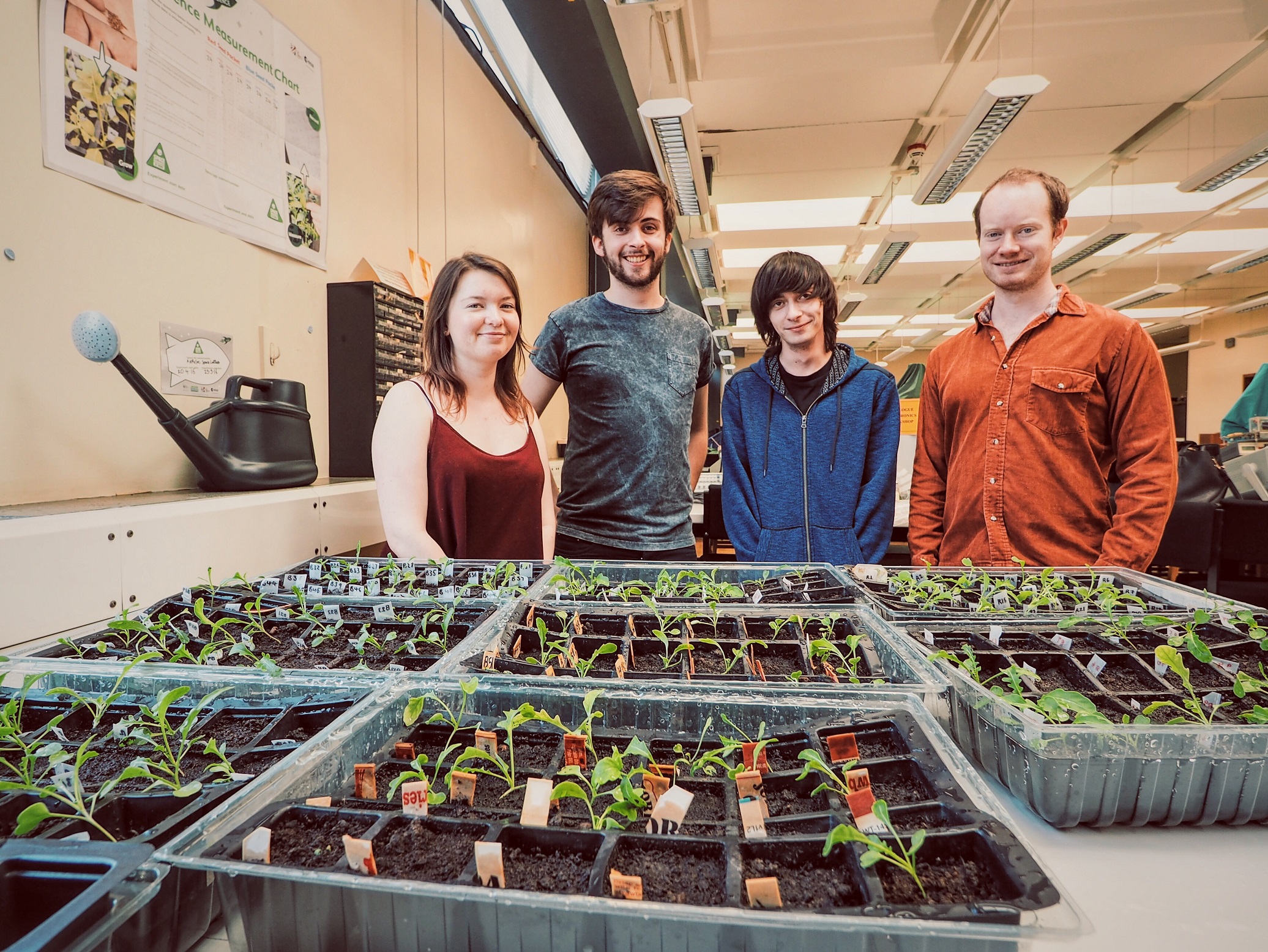