Recognised welfare outcome assessments within farm assurance schemes have shown a reduction in feather loss and improvement in the welfare of UK cage-free laying hens, according to the findings of a study from the AssureWel project by the University of Bristol, RSPCA and the Soil Association.

BRISTOL, 17-May-2016 — /EuropaWire/ — In the UK, cage-free egg-production systems account for 49 per cent of all eggs produced.  Almost all of these farms are farm assured under the RSPCA’s Freedom Food Scheme and some are certified to the Soil Association organic standards.

The two-year study, published in Animal Welfare, by the AssureWel project partners, which includes academics from the University’s School of Veterinary Sciences examined the results of farm assurance assessor observations of feather loss in hens on RSPCA monitored Freedom Food and Soil Association members’ farms using the AssureWel programme and other industry activities aimed at reducing feather loss.

In 2011 the RSPCA’s Freedom Food and Soil Association farm assurance schemes introduced welfare outcome assessment into their annual audits of laying-hen farms. Feather loss was assessed on 50 birds from each flock on a three-point scale for two body regions: head and neck (HN) and back and vent (BV).

To support the observations, assessors were trained in feedback techniques designed to encourage change in farmer behaviour to improve welfare. In addition, during the second year of the study farmers were asked about changes they had made, and intended to make on their farms.

Data was analysed from 830 and 743 farms in the first and second year, respectively. From the first to the second year the prevalence of feather loss reduced by 11 per cent (from 31.8 per cent to 20.8 per cent) for the HN region, and reduced by ten per cent for BV (from 33.1 per cent to 22.7 per cent).  During 2011–2013 there were also wider industry and government initiatives to improve feather cover.

Fifty-nine percent of 662 farmers reported they had made changes on their farms during the first year to improve bird welfare.

Dr Siobhan Mullan, Research Fellow in Farm Animal Science in the School of Veterinary Sciences at the University of Bristol, who co-ordinated the study, said: “We estimated that around 1.8 million more hens were fully feathered in year 2 compared to year 1. This is the first study to demonstrate the value to animal welfare of certification schemes monitoring the effectiveness of their own and other industry-led interventions to guide future policy.

Mia Fernyhough, RSPCA laying hen specialist, explained: “This study not only demonstrates the significant improvements Freedom Food producers have made in tackling this important issue but the value of monitoring key welfare issues as part of good on-farm management.”

The University of Bristol, RSPCA and Soil Association are partners in the AssureWel project, which aims to improve farm animal welfare through the introduction of welfare outcome assessments within farm assurance schemes.

AssureWel
AssureWel is a five-year (2010-2015) project led by the University of Bristol, the RSPCA and the Soil Association, and funded by the Tubney Charitable Trust. The aim of the project is to improve the welfare of laying hens, dairy cattle, pigs, broilers, beef cattle and sheep though a practical system for assessing their well-being. AssureWel’s ‘welfare outcome assessments’ are scientifically validated measures of welfare achieved by looking directly at the animals, rather than their environment or management.

The Tubney Charitable Trust is a grant making charity seeking to support activities that have a long term, sustainable, positive impact on the biodiversity of the UK and on the welfare of farmed animals both in the UK and internationally.

About the RSPCA and RSPCA Freedom Food
The RSPCA was founded in the early 19th century to improve farm animal welfare at markets, during transport and slaughter and that work continues today. Freedom Food is the RSPCA’s farm assurance and food labelling scheme. It is the only UK farm assurance scheme to focus solely on improving the welfare of farm animals reared for food. 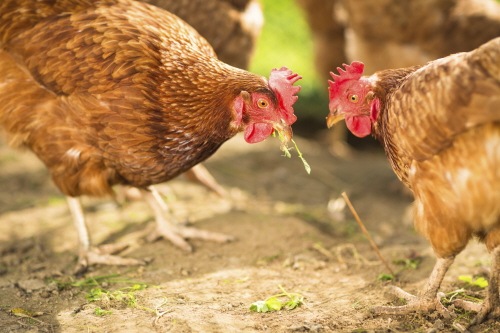