Solvay to use biomass to cut CO₂ emissions related to energy production at its soda ash plant in Devnya, Bulgaria 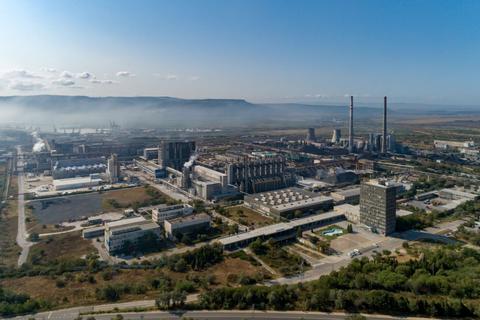 (PRESS RELEASE) BRUSSELS, 23-Feb-2022 — /EuropaWire/ — Solvay (EBR:SOLB), an international chemical company, has announced plans to cut 20% of its CO2 emissions related to energy production activities at its largest European soda ash plant in Devnya, Bulgaria by adapting one of its existing boilers to increase its co-combustion rate with biomass. The boiler will be powered up with 30% biomass, which will come from a variety of sources, including locally-sourced sunflower husk pellets. The adapted boiler is expected to be put into operation by November 2022.

The project is a first major milestone in transitioning the plant away from thermal coal power towards more sustainable energy and is fully in line with Solvay One Planet’s ambition to reach carbon neutrality before 2050. This investment builds on the 2020 announcement on Solvay’s soda ash plant in Rheinberg, Germany – set to become the world’s first soda ash plant to be powered primarily by renewable energy – and the very recent announcement on Solvay’s soda ash site in Dombasle, France – a transition to 100% primarily refuse-derived fuel to cut CO₂ emissions, the first of its kind in France. Together these three projects in Europe will cut the Group’s emissions globally by 8% by 2025.

“With more than 25 years of presence in Bulgaria, we are proud to embark on this new initiative  towards more sustainable operations. This important milestone marks a critical step in our journey to reduce our carbon footprint and serve customers in a more sustainable and competitive way,” said Ilham Kadri, CEO of Solvay. 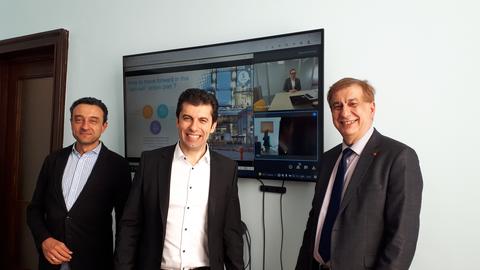 On February 10, 2022, Solvay’s global president of its soda ash division, Philippe Kehren, and the plant manager in Devnya, Spiros Nomikos, met with the Bulgarian prime minister, Kiril Petkov, and the minister for innovation and growth, Daniel Lorer. During this meeting, Solvay presented its full energy transition road map for the Bulgarian plant, including a waste-to-energy project which was well received and appreciated by the government.

“The government greatly values Solvay’s investment in Bulgaria, which represents an important development for our country and the region of Varna,” explained Prime Minister Kiril Petkov. “Solvay can count on our partnership and support to make its sustainable ambitions in Devnya a reality.”

Solvay is a science company whose technologies bring benefits to many aspects of daily life. With more than 21,000 employees in 64 countries, Solvay bonds people, ideas and elements to reinvent progress. The Group seeks to create sustainable shared value for all, notably through its Solvay One Planet roadmap crafted around three pillars: protecting the climate, preserving resources and fostering a better life. The Group’s innovative solutions contribute to safer, cleaner, and more sustainable products found in homes, food and consumer goods, planes, cars, batteries, smart devices, health care applications, water and air purification systems. Founded in 1863, Solvay today ranks among the world’s top three companies for the vast majority of its activities and delivered net sales of €10.1 billion in 2021. Solvay is listed on Euronext Brussels and Paris (SOLB). Learn more at www.solvay.com.

Solvay Soda Ash & Derivatives is a global business division of Solvay. As a world leader in its markets, it provides a global, secured and sustainable supply of soda ash to its customers manufacturing glass for building, automotive, solar panels and packaging applications, as well as detergents and chemicals. It also develops solutions based on sodium bicarbonate for the health care, food, animal feed and flue gas cleaning markets. Solvay Soda Ash & Derivatives has 11 industrial sites worldwide, more than 3,200 employees and serves 120 countries.