Salini Impregilo: A double victory for the Aniene Sailing Team in the CICO 2015 Championship

MILAN, 28-9-2015 — /EuropaWire/ — A double victory for the Aniene Sailing Team (Circolo Canottieri Aniene) in the CICO 2015 Championship (Campionato Italiano Classi Olimpiche). The Team, sponsored by the Group, has collected a double success: a first place in the special “sailing team” competition, one of the novelties of the Championship held in Naples, and the gold medal won in the 49er FX competition by Giulia Conti and Francesca Clapcich (CC Aniene-Aeronautica Militare).

The CICO Championship (Campionato Italiano Classi Olimpiche), held in Naples on the 16th and 20th of September, is the year’s most important Italian sailing team championship. 250 athletes, including all the Italian National Sailing Team members, challenged each other for four days, racing in five regatta fields, in an area comprised between Castel dell’Ovo and Capo Posillipo.

“Diletta”, the new sailing boat of the Aniene Sailing Team was used for the first time, bringing home its first victory. It will also be used by the Team during the World Cup Championship that will be held in Buenos Aires, Argentina. After a very long season, Conti and Clapcich thanks to the great team work demonstrated, in spite of two years marked with various accidents, add a gold medal to their many victories, including the European 49er FX title won last July.

Collaboration and team spirit, values clearly shown during Naples’ regatta, are also shared and acknowledged by Salini Impregilo. This is why the Company created a four-year partnership with the Aniene Sailing Team, specifically aimed at supporting and at promoting the Rio de Janeiro 2016 Project. 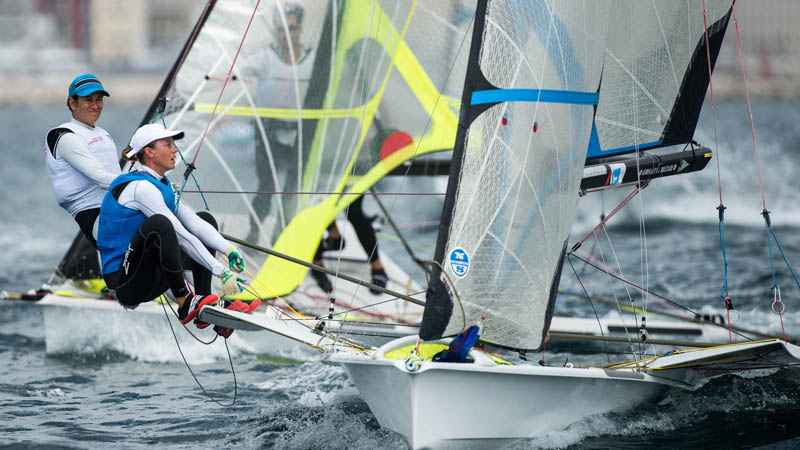 Salini Impregilo: A double victory for the Aniene Sailing Team in the CICO 2015 Championship