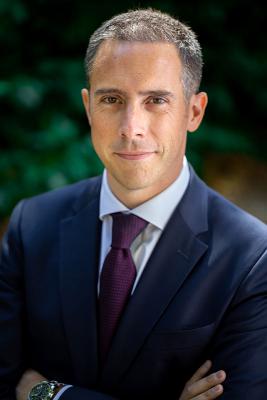 Fabien started his career as an adviser to the City of Paris in 2004. He then became a part of Europartenaires think tank, before eventually becoming the General Secretary of this organisation in 2009.

Fabien joined the Ministry of Foreign Affairs in 2008 initially as part of France’s permanent EU delegation before he was assigned at the Directorate of Forward Planning (now the Center for Analysis, Planning and Strategy), where he was responsible for European affairs.

Fabien was appointed Deputy Chief of Staff and Political Adviser to the Minister for the Armed Forces in 2012.

Fabien joined Naval Group as Senior Vice President, Public, European and International Affairs and Chief of Staff to the CEO in 2014.

In 2009, Fabien Menant, 38, earned his PhD in history from Sorbonne University. In 2016, he was also auditor in the 69th defense policy session of the French Institute of Advanced Studies in National Defense (IHEDN).

Safran is listed on the Euronext Paris stock exchange, and is part of the CAC 40 and Euro Stoxx 50 indices.