27-11-2012 — /europawire.eu/ — Several drugs companies have ineffectively tried to produce antibodies that bind to the IGF-1 receptor on the cell surface, which has a critical part to play in the development of cancer. Scientists at Karolinska Institutet have now ascertained how these antibodies work, and can explain why only some cancer patients are helped by IGF-1 blockers during clinical tests. The researchers also present a means by which drugs of this kind could help more cancer patients.

Every cell contains thousands of tiny receptors that help it communicate with other cells. These receptors are involved in countless physiological processes, such as taste and smell perception and heart rate. A couple of dozen of these receptors form their own family – the kinase receptors (RTKs), which are implicated in cancer. The so-called IGF-1 receptor is particularly important for cancer cell survival, and as soon as this receptor encounters the right hormone (type 1 insulin-like growth factor, or IGF-1) into the cancer cell open a number of communication channels, helping it to grow, rapidly divide and protect itself against treatment.

Blocking this receptor with an antibody that binds to it and makes it inaccessible to IGF-1 has long been regarded as the key to a potential cancer therapy, the idea being that it will eventually lead to the death of the tumour cell. Several drugs companies have therefore been developing such antibodies in order to treat the most aggressive forms of cancer, and after some promising laboratory tests, have tested a number of these preparations on patients. However, the drugs have generally given disappointing results and helped only a small minority of patients (including children with Ewing’s sarcoma), leading some companies to discontinue clinical trials focusing on the IGF-1 receptor.

The Karolinska Institutet team has now systematically analysed the different IGF-1-related triggered communication channels within a cancer cell. Their results show that the original idea is correct and that such antibody treatment does actually stop the channels from opening, with one very important exception: the MEK channel was actually powerfully stimulated by the treatment – the antibodies being as effective in this as the hormone itself – and actively helped the cancer cells to survive.

“This gives us a credible explanation why the antibody trials for the IGF-1 receptor weren’t as effective as had been hoped,” says principal investigator Dr Leonard Girnita, docent of pathology at Karolinska Institutets Department of Oncology-Pathology. “So it’s too early to give up on the idea of treating cancer like this  it’s still a very good way of attacking the cancer, provided we can close this final communication channel. If we can do this, antibodies for the IGF-1 receptor are likely to form an effective treatment not only for Ewing’s sarcoma in children but many other cancers as well.”

Drugs that are used to close this channel in other forms of treatments are already available. The researchers believe that a combination therapy using such MEK inhibitors with IGF-1 blockers can be the key to releasing the potential of this therapy model.

Comment: Leonard Girnita is in Japan until the end of December, the time difference is CET +8 hours. 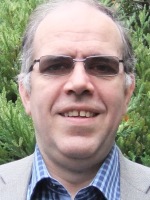