Posted on 5, December 2012 by EuropaWire PR Editors | This entry was posted in Education, Healthcare, Science, Sweden. Bookmark the permalink.

5-12-2012 — /europawire.eu/ — Researchers at Karolinska Institutet have shown that the cells that produce glucagon are stimulated by the hormone itself. A previous study by the same group demonstrated that this principle also applies to insulin. This means that a feedback system is at work in the body, whereby hormone secreting cells receive an immediate signal to produce more of the hormone.

While insulin is a hormone that lowers the level of glucose in the blood, glucagon is a hormone that increases it. Associate Professors Barbara and Ingo Leibiger and Professor Per-Olof Berggren at Karolinska Institutet have already published results showing that the insulin-producing cells are activated by the very hormone they release. Whether this process applies only to insulin or whether it reflects a general biological principle for all hormone-secreting cells has, however, remained unclear.

Now, the same team have shown that glucagon can also stimulate its own synthesis. This it does by binding to a specific binding site on the glucagon-secreting cells in the pancreas, where it subsequently influences a number of signalling pathways that lead to the activation of the gene that produces glucagon. It thus seems that the positive-feedback process, whereby secreted hormones affect their own production, has general biological significance.

“Learning about how the hormones regulate their own production will eventually enable us to study defects in this process, and if these defects are implicated in diabetes, then an important piece of the puzzle might well be in place,” says Per-Olof Berggren.

Glucagon regulates its own synthesis by autocrine signaling 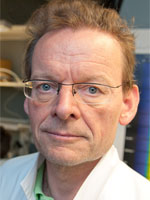