Posted on 22, November 2012 by EuropaWire PR Editors | This entry was posted in Education, Healthcare, Science, Sweden. Bookmark the permalink.

22-11-2012 — /europawire.eu/ — Low muscle strength in adolescence is strongly associated with a greater risk of early death from several major causes, according to a large study led from Karolinska Institutet. The findings, which are published in the British Medical Journal (BMJ), suggest that the effect of low muscle strength is similar to well established risk factors for early death like being overweight or having high blood pressure.

High body mass index (BMI) and high blood pressure at a young age are known risk factors for premature death, but whether muscular strength in childhood or adolescence can predict mortality is unclear. So a team of Swedish, Spanish and Finnish researchers, led by Professor Finn Ramussen at Karolinska Institutet, tracked more than one million Swedish male adolescents aged 16 to 19 years over a period of 24 years.

Participants underwent three reliable muscular strength tests at the start of the study (knee extension strength, handgrip strength and elbow flexion strength). BMI and blood pressure were also measured. Premature death was defined as death before age 55 years. During the follow-up period, 26,145 participants (2.3 percent of the group) died. Suicide was the most common cause of death (22.3 percent) compared with cardiovascular diseases (7.8 percent) or cancer (14.9 percent).

In contrast, male adolescents with the lowest level of muscular strength showed the greatest all-cause mortality and also the greatest mortality in cardiovascular disease and suicide before age 55 years. Death rates from any cause (per 100,000 person years) ranged between 122.3 and 86.9 for weakest ad strongest adolescents respectively. Rates for cardiovascular diseases were 9.5 and 5.6 and for suicide were 24.6 and 16.9.

The authors conclude that low muscular strength in adolescents “is an emerging risk factor for major causes of death in young adulthood, such as suicide and cardiovascular diseases.” The effect sizes of these associations “are similar to classic risk factors such as body mass index and blood pressure.” They support the need for regular physical activity in childhood and adolescence, and also suggest that muscular strength tests, in particular handgrip strength, could be assessed with good reliability in almost any place, including clinical settings, schools and workplaces.

The study was funded by grants from the Swedish Research Council and the Spanish Ministry of Science and Innovation. 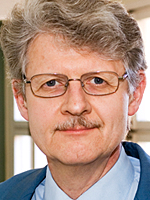