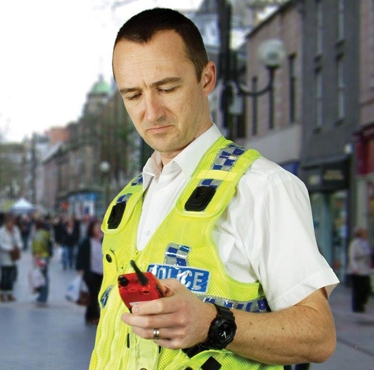 Rio de Janeiro, 10-Apr-2017 — /EuropaWire/ — The Government of the City of Buenos Aires has recently commissioned Leonardo, in collaboration with Telecom Argentina, to install a new TETRA (TErrestrial Trunked RAdio) communications network for use by the “Policía de la Ciudad de Buenos Aires”. The announcement was made during LAAD, Latin America’s largest defence and security trade show, in Rio de Janeiro on the 4-7 April.

Covering the metropolitan area of Buenos Aires, which extends over more than 202 square kilometres, the new network will be based on digital IP technology and integrated with the Buenos Aires Police’s existing network. In addition to the Police, it will also be used by the city’s emergency and security services, the Metro – which is the largest underground system in Latin America – and other forms of transportation, as a multiservice infrastructure for secure protected communications.

“Safety is a fundamental and universal need, so we are proud that our technology will be supporting the Buenos Aires Police in its mission to protect the people and their city” said Mauro Moretti, CEO and General Manager of Leonardo, adding “This important acquisition sees Argentina join more than 50 countries around the world whose security forces rely on our secure communication systems to effectively manage operations in all those scenarios where service continuity and reliability are so crucial. The systems are a product of our technological expertise that has secured the success of great international events such as inter-governmental political forums, Olympic games and world expositions.”

The metropolitan area of the Argentine capital has over 13 million inhabitants and is the second largest city in Latin America. The metropolis is also home to one of the major ports of the South American continent. The communications system currently used by the Buenos Aires police and the “Subte” Metro line B is able to support around 2,000 users. The previous contract was awarded in 2009 to a consortium, led by Telecom Argentina, of which Leonardo was a part.

The new project includes the provision of a high-capacity infrastructure which will ensure secure communications between more than 15,000 users, including more than 50 base stations, and related maintenance services for the next four years. The network will also cover the remaining five lines of city subway, a service that transports over one million passengers daily. A command and control centre will also be installed in the Police headquarters. The new system will be operational by the end of 2017.