The growth of the LEGO Group in recent years and its strategy to locate production close to its core markets have led to a further expansion of the Kladno factory in the Czech Republic, which employs 2000 people at present. The new production building covering 50,000 m2 was inaugurated on April 16th 2015.

Kladno, Czech Republic, 17-4-2015 — /EuropaWire/ — The production facility in Kladno is one of four LEGO manufacturing sites around the world, supplying children with high-quality and creative LEGO® play experiences, and it plays a crucial role in the LEGO strategy of having production situated close to its core markets and consumers.

The capacity of the Kladno production facility will increase by 30% as a result of the expansion, and it is estimated that it will create approximately 600 new jobs, depending on future demand. Since the announcement of the expansion in June 2013, more than 340 newly created positions have already been filled.

“The LEGO boxes produced and packed here in this factory will travel across borders, bringing joy and LEGO play to millions of children across Europe and Asia. This is globalization seen from a LEGO perspective. The Kladno factory is a key brick in our strategy of building a stable manufacturing base around the world, ultimately making sure that LEGO products are available to children and their parents when and where they want them,” says Bali Padda, Executive Vice President and Chief Operations Officer of the LEGO Group.

Currently, the LEGO site in Kladno provides the basis for packing of LEGO sets, decoration and assembly of LEGO elements, and research and development of packing and decoration technologies. The size of the entire production area equals approximately 22 soccer fields, and the buildings cover roughly 140,000 m2.

A separate part of the campus houses model production, where specialists from Kladno develop tools for marketing in-store campaigns and models for LEGOLAND® parks and LEGO Brand Retail stores across the world.

15 years in the Czech Republic In 2000, the production facility in Kladno launched modestly, with 80 employees.

“When I compare LEGO Kladno today with my experience back in 2000, I see an immense difference,“ says Pavel Diviš, a logistics consultant, who was among the first employees 15 years ago, adding:

“We were a small company then, we all knew each other. It is not the case anymore, as we have grown into a huge manufacturing facility. There are many new colleagues coming with different experiences and different work environments, and I am inspired and still learn a lot from them, even though I have been with the same company for 15 years.”

The intention to build the third production building of roughly 50,000 m2 as an expansion of the Kladno campus was announced in June 2013. Less than two years later, on April 16th 2015, the new building is complete, housing three new production halls and a manual warehouse.

“I can hardly imagine a better way to mark our 15th anniversary in Kladno and a more auspicious moment for the celebration. We believe that LEGO play is good play, and we want to deliver it to ever more children. Therefore, we need to have the right capacity for that, and with the expansion we have ensured we can deliver even more great play experiences to children in future,” says Cornelis Versluis, Senior Vice President and General Manager of the Kladno facility.

About the LEGO Group
The LEGO Group is a privately held, family-owned company with headquarters in Billund, Denmark, and main offices in Enfield, USA, London, UK, Shanghai, China, and Singapore. Founded in 1932 by Ole Kirk Kristiansen, and based on the iconic LEGO® brick, it is one of the world’s leading manufacturers of play materials.

Guided by the company spirit: “Only the best is good enough”, the company is committed to the development of children and aims to inspire and develop the builders of tomorrow through creative play and learning. LEGO products are sold worldwide and can be virtually explored at www.LEGO.com.

For more news from the LEGO Group, information about our financial performance and responsibility engagement, please visit http://www.LEGO.com/aboutus.

LEGO, the LEGO logo, the Minifigure, DUPLO, LEGENDS OF CHIMA, NINJAGO, BIONICLE, MINDSTORMS and MIXELS are trademarks of the LEGO Group. ©2015 The LEGO Group. 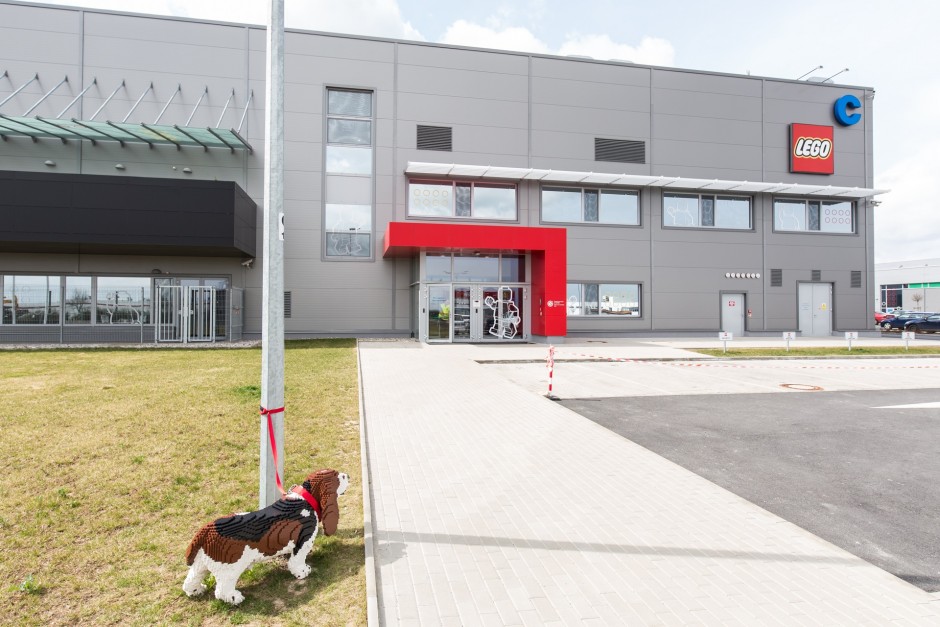