A panel of leading historians will discuss Europe’s ‘forgotten union’ at a special event to launch a new book by an Aberdeen academic.

ABERDEEN, 25-9-2015 — /EuropaWire/ — Professor Robert Frost’s work, The Making of the Polish-Lithuanian Union 1385-1569, is the only study of its kind in English and sheds new light on a political union sometimes seen as a precursor to the modern EU but generally overlooked by the history books.

Spanning four centuries, the union between Poland and Lithuania was one of the longest standing in European history: it was only in 2012 that it was surpassed for longevity by the Anglo-Scottish Union.

To mark the launch of the book, a panel of leading historians will gather in Edinburgh to discuss its key findings and what the Union can tell us about the nature of composite states.

Professor Frost said: “The history of eastern European is dominated by the story of the rise of the Russian empire, yet Russia only emerged as a major power after 1700. For 300 years the greatest power in Eastern Europe was the union between the kingdom of Poland and the grand duchy of Lithuania, one of the longest-lasting political unions in European history. Yet because it was ended by force in the late-eighteenth century, it barely features in standard accounts of European history.

“I hope my book will restore the place of this important union in European history by filling in the huge gaps which currently exist in our knowledge.

Professor Frost will introduce his book to an audience at The Great Hall, The Royal College of Physicians, Edinburgh, on Wednesday September 30. He will be joined for a panel discussion by leading historians Sir John Elliott (Oxford), Norman Davies (Oxford), Colin Kidd (St Andrews) and Alvin Jackson (Edinburgh).

They will explore the contribution of the book in understanding of the politics not just of modern Poland, but also of Ukraine, Belarus, and Lithuania, the nature of composite states in late-medieval and early modern Europe, and what the formation of the Polish-Lithuanian union can tell us about the formation of the British and Irish unions.

The event, which starts at 6pm, is free to attend but places must be reserved online by visiting, telephone 01315517134 (answerphone) or e-mail: edinburgh@msz.gov.pl. It is sponsored by the Polish Consulate in Edinburgh, Oxford University Press and the University of Aberdeen.

The Oxford History of Poland-Lithuania. Volume I: The Making of the Polish-Lithuanian Union, 1385-1569 by Robert Frost, Publisher: Oxford: Oxford University Press.

Robert Frost holds the Burnett Fletcher Chair in History at the University of Aberdeen. He was educated at the University of St Andrews, the Jagiellonian University in Cracow, and the School of Slavonic & East European Studies of the University of London. He taught at King’s College London until 2004, when he moved to Aberdeen. He has published After the Deluge: Poland-Lithuania and the Second Northern War (1993) and The Northern Wars: War, State and Society in Northeastern Europe, 1558-1721 (2005), which won the Early Slavic Studies Association Prize (2005). The Making of the Polish-Lithuanian Union, 1385-1569  is the first part of a two-volume study of the Polish-Lithuanian Union to be published by Oxford University Press.

Sir John Elliott taught at Cambridge and King’s College London before spending seventeen years at the Princeton Institute for Advanced Study. He returned to the UK in 1990 on his appointment to the Regius Chair in History at the University of Oxford, which he held until 1997. He has published extensively on early modern Spain and the Spanish World; his books includeImperial Spain, 1469-1716 (1963); The Revolt of the Catalans (1963), and The Count-Duke of Olivares: a Statesman in an Age of Decline (1986), which won the Wolfson Prize for History in 1986. His influential article in Past & Presentin 1991 questioned standard models of state-building in early modern Europe and helped establish the idea of the composite state as a widespread early modern phenomenon.

Norman Davies is an Honorary Fellow of St Antony%u2019s College, Oxford and of Clare Hall, Cambridge. He is the foremost historian of Poland outside Poland itself. His magisterial 2-volume history of Poland,God’s Playgroundwas so influential that it was widely adopted in Poland as a school textbook, an unheard-of accolade for a foreign historian. He has also written widely-acclaimed works on the history of Europe, on the history of the Second World War, and the history of the British Isles. His latest book,Vanished Kingdoms takes a characteristically iconoclastic look at political history through an examination of states and realms that once existed but have long disappeared from the map, among them the Grand Duchy of Lithuania, one of the parties to the Polish-Lithuanian union.

Colin Kidd has taught at Glasgow and Queen’s Belfast. He currently holds the Wardlaw Chair of Modern History at the University of St Andrews and is a Fellow of All Souls College. He has published widely on Scottish and American history, and has long been interested in the history of political unions. He has published Subverting Scotland’s Past. Scottish Historians and the Creation of and Anglo-British Identity, 1689–c. 1830 (1993); British Identities before Nationalism: Ethnicity and Nationhood in the British Atlantic World, 1600-1800 (1999); and Union and Unionisms: Political Thought in Scotland 1500-2000 (2008).

Alvin Jackson is the Richard Lodge Professor of History at the University of Edinburgh. Before coming to Edinburgh in 2004 he taught at University College Dublin and Queens University Belfast. He is one of the very few historians to have attempted a truly comparative approach to the history of unions, in his 2011 Oxford University Press book The Two Unions: Ireland, Scotland, and the Survival of the United Kingdom, 1707-2007. His other publications include Home Rule: An Irish History, 1800-2000 (2004), and Ireland 1798-1998: Politics and War (1999). His latest project is The Union: A New Political History, to support the writing of which he was awarded a Major Fellowship by the Leverhulme Trust.

SOURCE: The University of Aberdeen 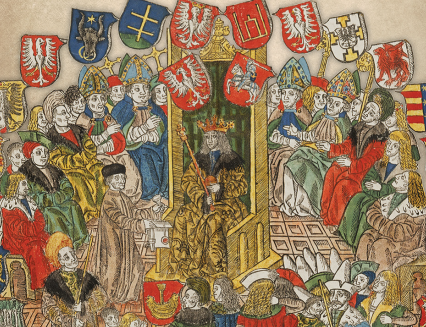