KTH researchers produced microparticles with encapsulated cells that can be used as implants to fight cancer, diabetes or heart disease 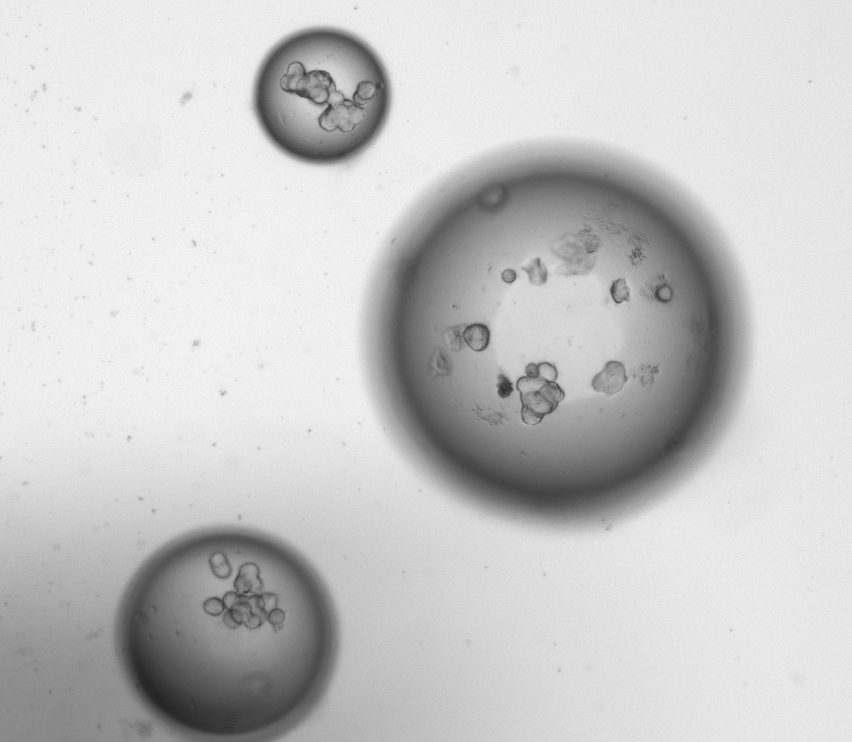 STOCKHOLM, 18-Apr-2018 — /EuropaWire/ — One way that cancer may be fought in the future is with micro-sized capsules containing living cells engineered to secrete toxins that attack cancer cells. Although the science of cell micro-encapsulation has yet to overcome certain limitations, recent developments at KTH might finally offer a way forward.

Researchers at KTH report that after six years of work, they have produced microparticles with encapsulated cells which passed some of the key challenges that need to be overcome before these capsules, with a diameter the thickness of a human hair, can be used as implants that take the fight directly to cancer, diabetes or heart disease.

Progress in the field is dogged in part by the problem of engineering two-way traffic through the capsule’s outer shell, which must allow nutrients and oxygen to pass through, but still protect the contents from being attacked by the immune system – all while enabling therapeutic molecules to diffuse into the body.

Wouter van der Wijngaart, professor in the Department of Micro and Nanosystems at KTH, says the research team created the first solid-shell capsule from a newly-developed thiol-ene polymer. The 7- to 15- micrometer thick shell encapsulates a gel containing living cells which, the researchers reported, survived the particle encapsulation process the process.

“We are the first researchers to use a solid shell to encapsulate cells,” van der Wijngaart Wouter says. “Previous solutions have had soft shells, but there is a greater risk of these being broken down.”

The shell was measured to be permeable to low molecular mass (less than 180 Daltons) molecules, allowing it to absorb oxygen and nutrients while expelling waste and diffusing the molecules that attack disease. On the other hand, the shell was impermeable to molecules of higher molecular weights (over 480 Daltons), which potentially protect the particle contents from immune system attacks.

They report that the method also allows better control of the form, thickness and surface properties of the shell.

van der Wijngaart says that the next step in the research project is to test the method with genetically-modified cells.

The work, which also involved Karolinska Institutet, was funded by Stockholm’s county council and the Swedish Childhood Cancer Foundation. The results were published in Advanced Functional Materials.