Iberdrola expects to increase its renewable generation in the United States to around 10,000 megawatts (MW) by the end of 2022 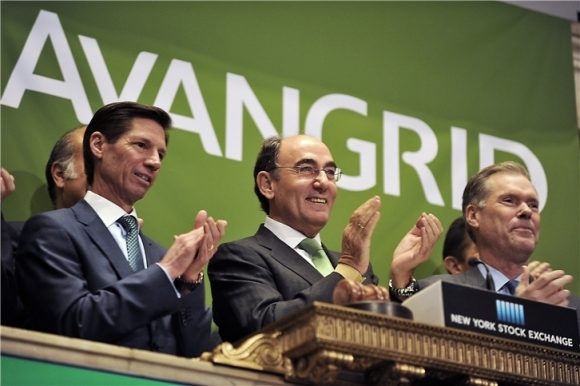 Bilbao, Spain, 28-Sep-2018 — /EuropaWire/ — Ignacio Galán, Chairman of Iberdrola, has made some statements to journalist Scott DiSavino from Reuters regarding his attendance at the UN Global Compact Leaders Summit 2018 being held in New York.

Galán said the company expects to spend about $15 billion in the United States on its transmission and distribution system and increase its renewable generation to around 10,000 megawatts (MW) by the end of 2022.

“More and more investors are looking for companies with clean energy and sustainability goals,” Galán said, noting Iberdrola sells the energy that helps those companies meet those targets.

Iberdrola committed to reduce its carbon dioxide emissions intensity by 50 percent by 2030 compared to 2007 levels and become carbon neutral by 2050.

More than half of its 48,800 MW of generation around the world is renewable with the remainder fueled mostly by natural gas, nuclear and coal. Galán said the company wants to shut its last two coal plants, which are located in Spain, by 2020.

Through its majority-owned Avangrid Inc subsidiary, Iberdrola has over 6,500 MW of renewables in the United States. It is the country’s third-biggest wind power provider behind NextEra Energy and Berkshire Hathaway. One megawatt can power about 1,000 U.S. homes.

Galán said Avangrid’s customer base was changing as more companies seek to buy energy directly from wind farms to meet climate change and sustainability goals. “In recent years, large customers are also coming to us to buy renewable power directly because it is cheaper and cleaner,” Galán said, noting Iberdrola has long-term power purchase agreements with companies including Amazon.com, Alphabet’s Google and Nike.

Although most wind farms Iberdrola plans to build in the United States are onshore, the company is developing Vineyard Wind off Massachusetts, the country’s first big offshore wind farm. Galán said Vineyard Wind would cost $2.5 billion $2.7 billion and is on schedule to begin construction in 2019 and become operational in 2021 and 2022. The 800 MW wind farm would be about 15 miles (24 km) south of Martha’s Vineyard.

Iberdrola is also developing an offshore wind farm in North Carolina and in other U.S. East Coast states and a $950 million power transmission line to transport up to 1,200 MW of renewable energy from Quebec to New England.