GENT, Belgium, 11-Jul-2016 — /EuropaWire/ — At Ghent University, a new technology has been developed to desalinate seawater and simultaneously generate energy. That’s a first: so far, seawater desalination consumed a lot of energy.

For every litre of water on Earth, there are only two drops of water drinkable. The rest is frozen or salt. Due to the increasing world population, one person in three will face life-threatening water shortages within ten years.

Although salt water in your glass does not sound enticing, oceans and seas are a potential source of drinking water for the future. In the Middle East, seawater has been desalinated for decades.

But there is one problem: Desalination takes a lot of energy. To transform 1000 litres of seawater into drinkable water, as much energy as the average Belgian consumes per day is required. Bio-engineer Marjolein Vanoppen investigated for her doctorate how the energy consumption of this technique can be reduced.

In order to extract salt from sea water, usually a membrane is used. “Such a membrane is a selective separation wall which lets through certain substances, and stops others,” said Vanoppen.

“In order to produce potable water, we use a water-selective membrane that lets through water and blocks other substances such as salt. Energy is required: the water will not just pass through the membrane. The more salt there is in the water, the more energy is needed.”

Vanoppen resolved the problem by bringing together salt and fresh water. “If salt water and fresh water meet, the salt will move to the freshwater. This movement releases energy, just as water which flows down from a mountain and is collected in a turbine.”

The researcher placed a salt-selective membrane in the water. That stops the water against and lets through the salt. This membrane not only generates energy, the amount of salt also decreases.

By treating seawater in this way, less energy is required to push it through a water-selective membrane.

“We gain energy in two ways,” said Vanoppen. “The salt-selective membrane generates energy, and reduces the amount of energy which is necessary to produce drinking water by reducing the amount of salt in the water.”
By reducing the energy cost, seawater desalination can be used anywhere in the world and in a more responsible manner.

Although much research is needed before this technology can be used on a large scale, the outlook is very positive, and sustainable drinking water from seawater is within reach. 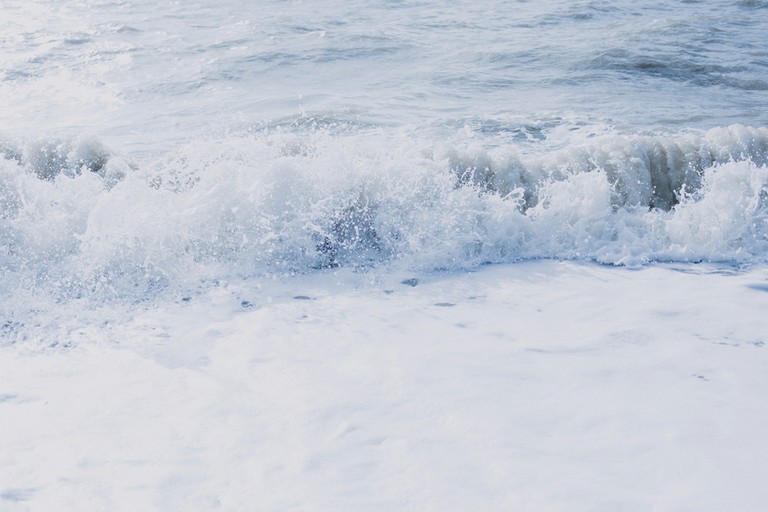