Posted on 25, May 2016 by EuropaWire PR Editors | This entry was posted in Energy, Gas & Oil, Infrastructure & Utilities, Management, Russia and tagged Gazprom announces the appointment of Marat Garaev as Director General of Gazprom Pererabotka. Bookmark the permalink.

Marat Garaev has been appointed Director General of Gazprom Pererabotka.

MOSCOW, 25-May-2016 — /EuropaWire/ — Marat Garaev was born in October 1973 in the Tatar Autonomous Soviet Socialist Republic. In 1998, he graduated from the Saint Petersburg State University of Economics and Finance majoring in Finance and Credit. He has an MBA degree.

Between 1998 and 2002, he served in a number of commercial entities in Saint Petersburg.

He has been a member of Gazprom’s team for 14 years.

2002–2005: Head of the Sector for Cooperation with Oil and Gas Companies at the Industrial Product Marketing Directorate of Gazprom’s Department for Gas and Liquid Hydrocarbon Marketing and Processing; later Head of the Directorate.

Yury Vazhenin, former head of Gazprom Pererabotka, has been relieved of his post due to retirement.

Gazprom Pererabotka is a fully-owned subsidiary of Gazprom focused on the recovery of valuable components from hydrocarbon feedstock for further processing into readily marketable products. 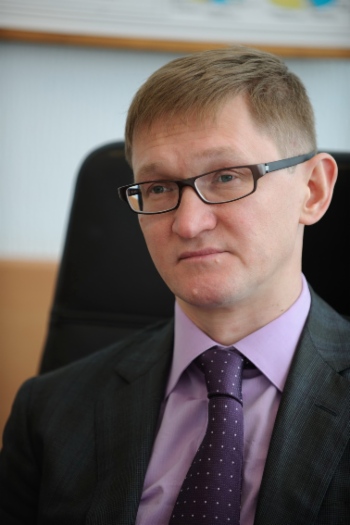