EUROCONTROL: increased managerial autonomy to the Director Network Manager to deliver the Network Functions of the Single European Sky 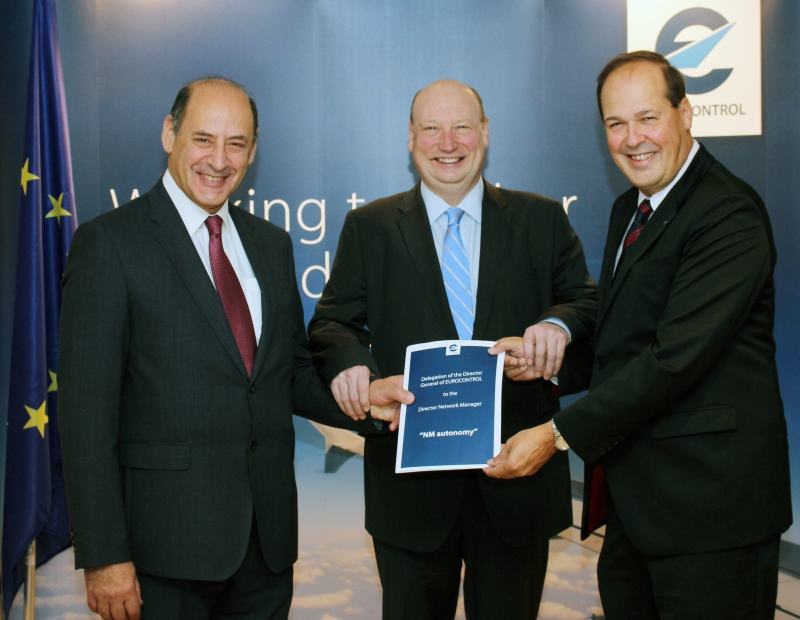 BRUSSELS, 30-Oct-2017 — /EuropaWire/ — On 24th October, in the presence of Henrik Hololei, Director General of DG MOVE, and Simon Hocquard, Chair of the Network Management Board, Frank Brenner, the Director General of EUROCONTROL signed a number of Delegation Decisions giving increased managerial autonomy to the Director Network Manager to deliver the Network Functions of the Single European Sky.

Greater management autonomy will ensure that the Network Manager is accountable to its stakeholders both from an operational, financial and administrative perspective and will help to ensure even greater cost-efficiency going forward.

“Increased managerial authority for Director Network Manager is a means of ensuring that EUROCONTROL is focused organisationally, operationally and technically in delivering one of the top responsibilities arising from the Single European Sky,” said Frank Brenner, Director General EUROCONTROL.

“I am very pleased that this important step will allow the NM Directorate of the EUROCONTROL Agency to operate with greater autonomy and in line with the EU requirements. This is significant improvement and contributes positively to the role of the Network Manager,” added Henrik Hololei, Director General of DG MOVE.

The decision to go ahead with management autonomy for the Network Manager was agreed by the EUROCONTROL Member States at a Council meeting on 28 March 2017. It followed on from an independent review of the NM mandated by the European Commission and an action plan agreed between DG MOVE and EUROCONTROL in June 2016.

“This managerial autonomy dovetails perfectly with the objective to provide high level performance and demonstrate compliance with the EU rules in the light of the forthcoming nomination of the next Network Manager for the period of the Performance Reference Periods RP3 and RP4. I hope it will be the ideal foundation for the preparation of the operational and technical evolution of the Network Manager to be ready for new challenges,” said Joe Sultana, Director Network Manager.

The management autonomy will be effective as of 1 November 2017.