19-11-2012 — /europawire.eu/ — The European Investment Bank (EIB) has signed a first EUR 200m tranche of the EUR 600m loan approved by the Bank for the extension of the Cairo Metro and a EUR 45m loan for a Community Development Programme. Both projects represent the Bank’s first response to the new administration’s priorities in this sector.

Werner Hoyer, President of the EIB, commented:  “With the Arab Spring, Egypt and Europe are embarking on a new era in their relations. The challenge for the new Egyptian government is now to restore confidence in the economy. Developing infrastructure, such as ensuring mobility, and fostering business through the Community Development Programme is key to promoting growth and employment.”

Both loans were signed in Cairo today by EIB President Hoyer, Gamal Negm, Deputy Governor, and Nedal Assar, Sub-Governor of the Central Bank of Egypt and, for the Cairo Metro loan, Atta El Sherbiny, Chairman of the National Authority for Tunnels and, for the loan for the Community Development Programme, Ghada Waly, Managing Director of the Social Fund for Development.

The Cairo Metro’s expansion will help to reduce traffic congestion and pollution and promote the use of public transport, thus contributing to more sustainable development of the city. The project will extend Line 3 to serve the main transportation corridors of urban greater Cairo, involving 17.7 km of new track and 15 stations. It is intended to enhance mobility and access to jobs and social services, particularly among the poorer citizens of Cairo. The project is being co-financed by the Agence Française de Développement (AfD).

The Borrower is the Arab Republic of Egypt and the Promoter is the National Authority for Tunnels (NAT).

The EUR 45m loan for the Community Development Programme will help extend financing for projects supporting community development, primarily in urban areas, including social and community services, basic infrastructure, housing improvement, as well as microenterprise and SME development. The objective of the programme is the creation of more sustainable communities to improve standards of living and promote employment generation among disadvantaged populations. The Borrower is the Arab Republic of Egypt and the Promoter is the Social Fund for Development (SFD). 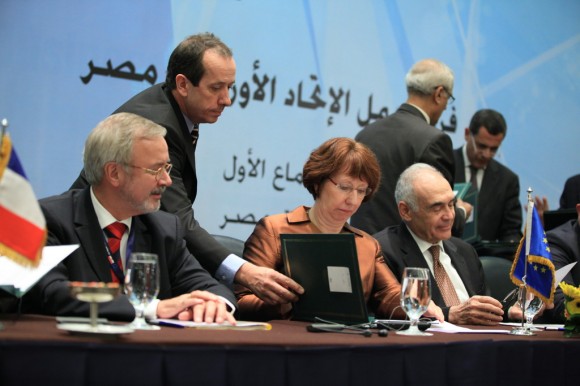