E.ON is the first DAX company to invite Facebook users to an interactive live game on Saturday, November 3rd 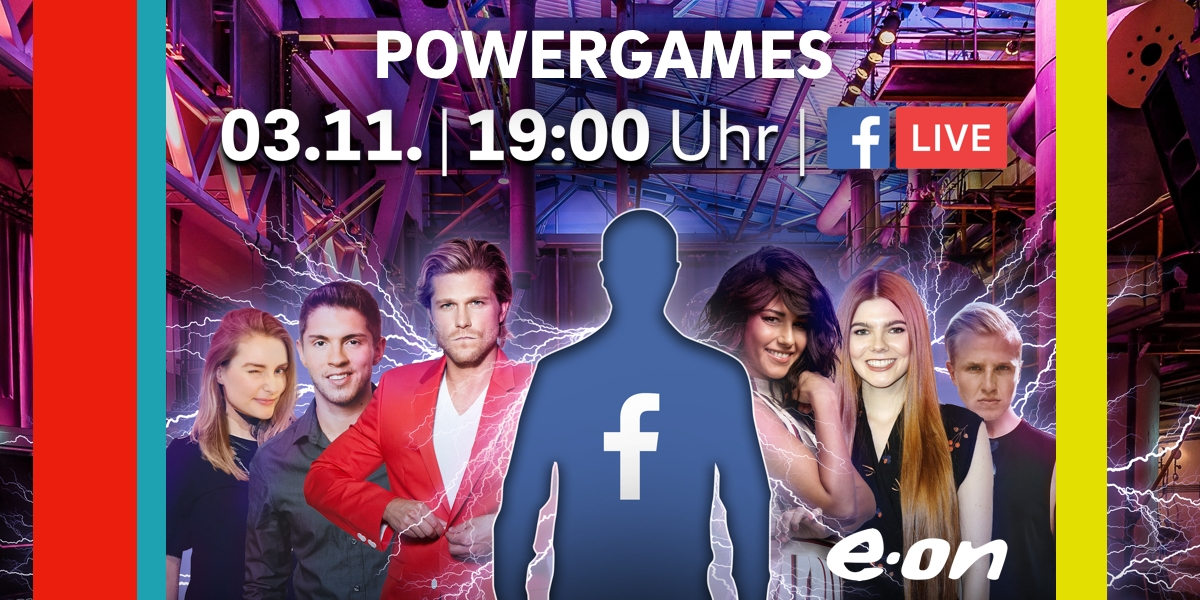 E.ON is the first DAX company to invite Facebook users to an interactive live game on Saturday, November 3rd

ESSEN, 02-Nov-2018 — /EuropaWire/ — E.ON is the first DAX company to invite Facebook users to an interactive live game on Saturday, November 3rd from 7 pm to 8.30 pm. At the ‘E.ON Powergames’, two teams, each with three celebrities, compete against each other during several rounds with energy challenges. Viewers can support their favorite players live and at any time, for example, by commenting during the live broadcast or by clicking on emoticons of the respective teams.

Many companies still use Facebook mainly as a one-way street for their messages. E. ON, on the other hand, focuses on interacting with fans, followers, and customers. The Facebook live ‘E.ON Powergames’ format is the next step towards even more user orientation and commitment.

This makes E.ON a ‘first mover’ among the DAX 30 companies, as they reach users on their own terms. The format is consistently geared towards constant interaction with the audience in real time. Supporting E.ON in this project is the Hamburg agency achtung!, which already implemented an interactive format from Fox/RTL2 for ‘The Walking Dead’.

The ‘E.ON Powergames’ will take place in an industrial hall in Munich and from there, it will be broadcast live on Facebook. It will be produced as elaborately as a television show, but will go one step further. The audience can influence the outcomes at any time and take sides with a team. What could be an advantage for some celebrities like Sarah Lombardi, during the competition, is that she brings the most fans out of all six participants. Alone on Facebook and Instagram, she has more than two million followers. Other competitors are: Germany’s Next Top Model candidate, ‘Klaudia mit K’, the Bachelor star, Paul Janke, Instagrammer, Marie von den Benken, Jungle King, Joey Heindle and the fitness blogger Bastigoodlife.

Two teams compete against each other in three energy challenges, from the hoverboard-course to the home trainer that generates electricity. The audience can grant boosting’s or handicaps to the teams – this gives them initial advantages or disadvantages.

During short breaks, between rounds, the candidates will be interviewed, and an E.ON-expert will explain the connection between the games and the real energy world. For example; the hoverboard may seem futuristic – but when will we actually see a future breakthrough of electric mobility, and how will E.ON help to advance it?

“With this live-format on Facebook, we want to create a whole new experience. A mixture of entertainment, excitement and interesting information about energy. And we hope to reach people who are otherwise hardly interested in energy companies,” emphasizes Carsten Thomsen-Bendixen, Head of Stakeholder Communication and E.ON Press Spokesman.

Here’s the deal: On November 3rd, just go to E. ON’s Facebook channel at www.facebook.com/EON – the live broadcast begins at exactly 7 pm (if you are not in Germany, you have to change your region by clicking the (…) under our cover picture in order to watch), where you can either watch or actively participate. From all active fans, three people will be selected to win an iPhone XS and a Philips Hue Smart Home Starter Kit.

This press release may contain forward-looking statements based on current assumptions and forecasts made by E.ON Group Management and other information currently available to E.ON. Various known and unknown risks, uncertainties, and other factors could lead to material differences between the actual future results, financial situation, development or performance of the company and the estimates given here. E.ON SE does not intend, and does not assume any liability whatsoever, to update these forward-looking statements or to align them to future events or developments.