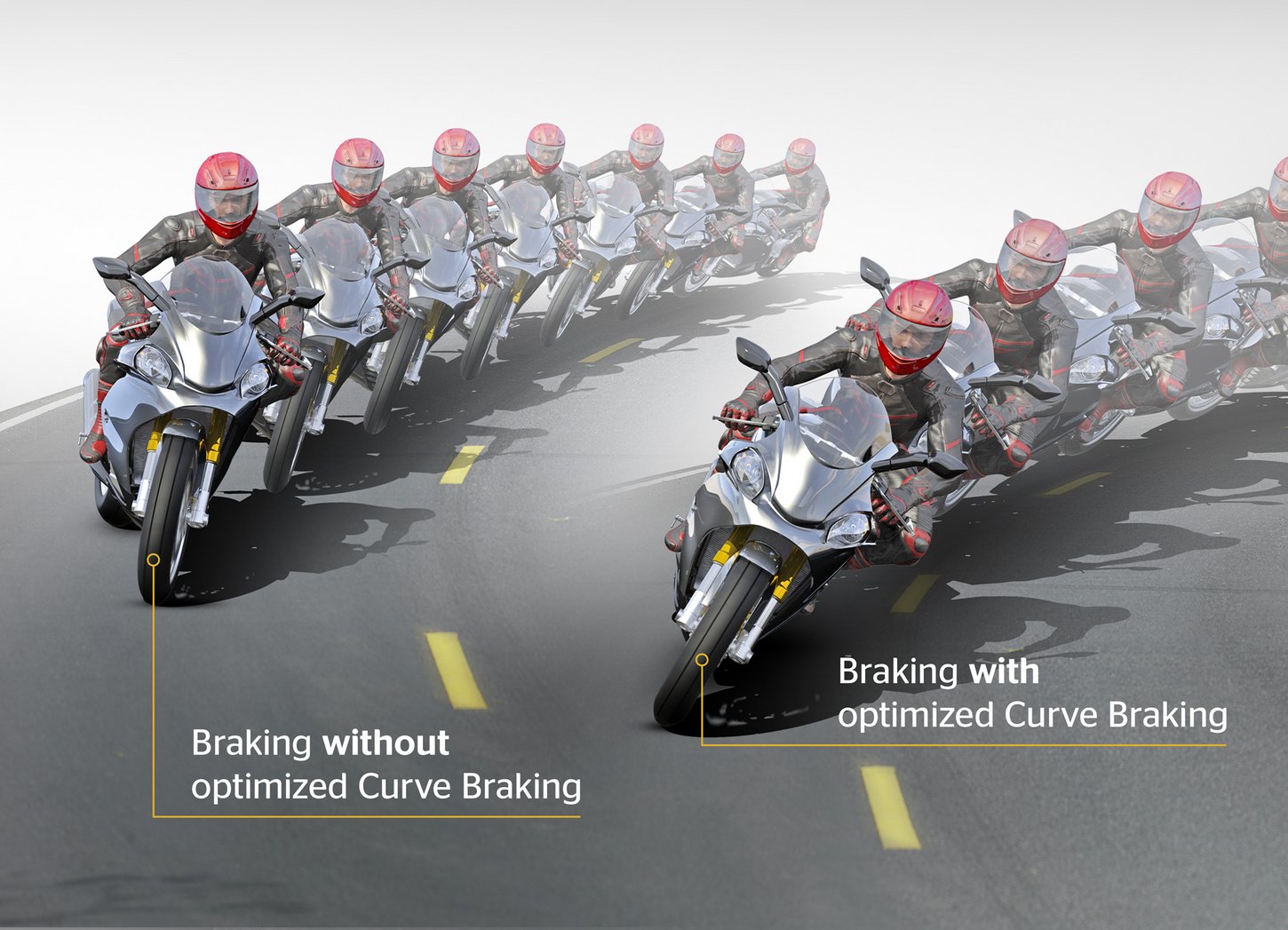 Optimized curve braking for more sensitive dosing of the brakes when driving at an angle.

(PRESS RELEASE) FRANKFURT, 11-Nov-2022 — /EuropaWire/ — Continental (ETR: CON), a German multinational automotive parts manufacturing company, has announced the launch of a new generation of its compact 2-channel ABS for motorcycles that optionally integrates a new type of sensor on the circuit board of the ABS. A separate motorcycle inertial measurement unit is no longer required thanks to this type of high integration. Furthermore, it makes it easier for the motorcycle manufacturer since the mechanical holder for it on the motorcycle is eliminated and no wiring harness is required. In addition, integrating the sensor on the circuit board is significantly more cost-effective than a separate box, which is particularly relevant in volume models.

An ABS ensures the shortest possible braking distance during emergency braking, allowing the driver to maintain control in extreme situations. With the additional function of optimized curve braking (oCB), this also applies to emergency braking while leaned into a turn: from a certain angle of inclination, ABS with oCB controls the brakes even more sensitively to prevent the machine from pitching up in the curve and thus losing control. The prerequisite for such comprehensive safety functions are sensors, which were previously installed on the motorcycle as a separate unit. “With sensor integration on our new 2-channel ABS, we are creating the conditions for comprehensive protection functions and thus even greater safety. It also reduces the installation space required on the motorcycle, which is a major advantage for our customers,” says Lothar Kienle, head of motorcycle development in Continental’s Safety and Motion business area. 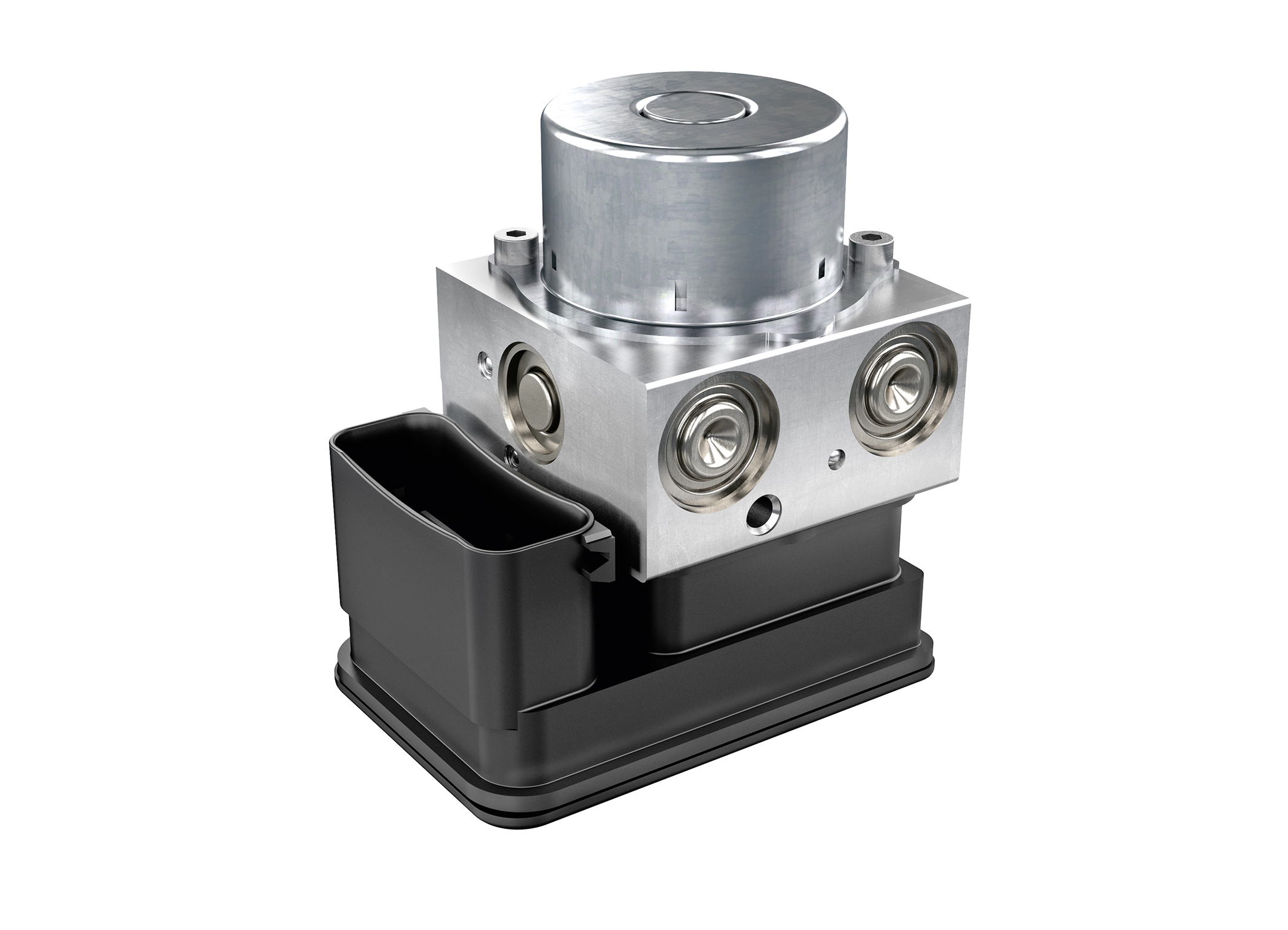 In the MK 100 MAB PYA 2-channel ABS, the sensor technology for functions such as optimized curve braking is directly integrated.

New sensor technology directly on the circuit board

Continental has been supplying ABS for motorcycles since 2006. The first of these was the motorcycle integral braking system (MIB), in which both brakes are controlled in a coordinated manner, regardless of whether and how the rider applies both brakes in a dangerous situation. The first 2-channel ABS followed as early as 2008. In a 2-channel ABS, both the front and rear brakes are controlled separately. Production of the second generation of these systems, MK 100 MAB, started in 2015. It is this experience and the integration of sensor technology on the circuit board of the ABS, already used in the integral braking system MIB from 2018, which now form the basis for the new 2-channel ABS generation MK 100 MAB PYA. PYA (Pressure, Yaw, Acceleration) means that the sensor technology measures all three rotation rates and all three accelerations in space. The company’s expertise in sensor integration and sensor technology stems from decades of experience with electronic brake systems in passenger cars. Series production and delivery of the enhanced 2-channel ABS to a major international motorcycle manufacturer is scheduled to start in 2024.

If the motorcycle manufacturer chooses the option with integrated sensor unit, an innovative sensor element inside the ABS on the MK 100 MAB PYA detects lateral acceleration and rotation rates on all spatial axes, thus providing the data basis for advanced protective functions such as optimized curve braking and lift-off detection of the rear wheel. Despite this higher degree of integration in the ABS, Continental’s developers managed to retain the highly compact dimensions of the previous generation of 2-channel ABS. “The interest in our new 2-channel ABS is enormous,” Kienle continues to report, “and this is by no means only true for the European market, but on the contrary also for large Asian volume manufacturers, who are now demanding more and more new and improved functions for their small and medium-sized motorcycles.”

The protective effect of ABS for two-wheelers is now generally recognized. According to Continental Accident Research, motorcycle ABS offers the potential to reduce accidents by around 25 percent. Since ABS was introduced as standard on newly registered motorcycles over 125 cubic centimeters in the European Union in 2016, the number of motorcyclists killed in Germany alone has fallen from 536 to 473 in 2021. Also, during the same period, the number of motorcycle driving accidents resulting in personal injury dropped from 8,607 to 8,221. With higher ABS equipment rates and over time, the numbers are expected to continue to decline.