Posted on 30, November 2012 by EuropaWire PR Editors | This entry was posted in Education, Healthcare, Science, Society, Sweden. Bookmark the permalink.

30-11-2012 — /europawire.eu/ — A novel study from Karolinska Institutet in Sweden suggests that commonly used drugs to treat heart failure and high blood pressure may have a wider range of application than earlier known, and also can be used against so called HFPEF – a type of heart failure that until now has been impossible to treat. The study, which is published in the scientific journal JAMA, shows that the mortality rate in a group of HFPEF patients who used these medications decreased.

Heart failure affects 3 per cent of the overall population, and exists in two forms: reduced ability to contract the heart and reduced ability to relax the heart. The former affects younger patients, mostly men, and is treatable. The latter, called HFPEF (heart failure with preserved ejection fraction), affects older patients and women, and until now there has not been any treatment available against the disease.

In the present study, a team comprising researchers at Karolinska Institutet, Linköping University, and Karolinska University Hospital analysed data from about 40,000 patients from the large Swedish Heart Failure Registry. The result showed that patients with HFPEF who were treated with ACE-inhibitors or angiotensin receptor blockers – which are commonly used drugs to lower the blood pressure – had better survival than un-treated patients. The difference persisted after adjustment for a large number of other factors, such as patient age, general health and other factors, and the final decrease in mortality was 10 per cent.

In heart failure, stress hormones are secreted that are damaging to the heart in the long term, and ACE-inhibitors and angiotensin receptor blockers both work to stop the adverse effects of these hormones. In previous randomized studies, the drugs have not proven effective against HFPEF, but the researchers behind the current finding suggest that earlier studies may have been too small to detect a benefit. At the same time they point out that because their study was not randomized, further research is needed to confirm these novel results.

“However, the large number of patients and the extensive statistical adjustments suggest a strong likelihood of a benefit from ACE-inhibitors and angiotensin receptor blockers”, says Docent Lars Lund of Karolinska Institutet, who led the study. “One might also add that these drugs are in comparison not that expensive.”

The work was financed by the Swedish Heart Lung Foundation, the Stockholm County Council and the Swedish Association of Local Authorities and Regions. 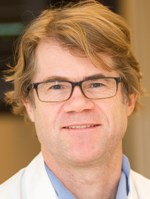