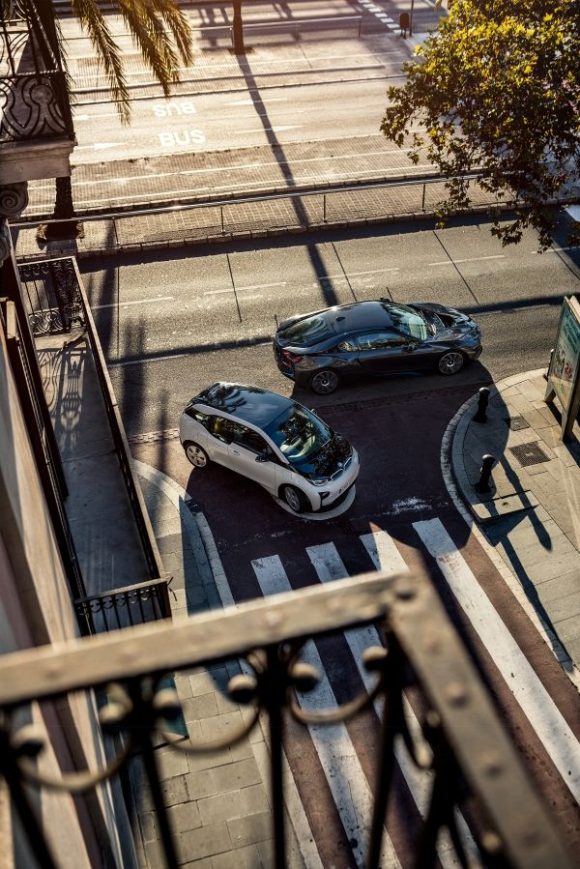 MUNICH, 14-Nov-2017 — /EuropaWire/ — For the first time ever at this point in the year, the BMW Group has delivered more than two million vehicles to customers around the world. A total of 2,008,849 vehicles have been sold in the first ten months of 2017, an increase of 3.4% on the same period last year. October sales of 197,601 (+0.8%) achieved the same high level as last year, despite the current changeover of the significant BMW X3 model, the new version of which is arriving in dealerships during November.

“Our sales results for the first ten months of the year confirm the broad range and appeal of our model line-up,” commented Dr Ian Robertson, BMW AG Management Board Member for Sales and Brand BMW. “Despite significant model changeovers and headwinds in some of our biggest markets, we have delivered over two million vehicles to customers in the first ten months of the year. Vehicles as wide-ranging as the BMW X1, the BMW 5 Series, 7 Series and the BMW i3, to name just a few, have all contributed to that growth,” he continued.

The BMW Group’s unrivalled range of nine electrified vehicles boosted their sales by a total of 63.7% in the first ten months of 2017, with a total of 78,096 delivered to customers. Independent research* confirms the BMW Group’s leading position when it comes to combined sales of battery and plug-in hybrid electrified vehicles worldwide, with the company well ahead in Germany and Europe as a whole. In October, BMW i and iPerformance vehicles made up around 8% of total BMW sales in the USA, France, the UK and the Netherlands, with electrified sales in Scandinavia accounting for over 30% of total BMW deliveries. October sales of BMW i, BMW iPerformance and MINI Electric vehicles totalled 9,405, an increase of 60.3% on the same month last year. The BMW i3 increased sales in the month by 20.3% (2,851).

Global BMW brand sales in the first ten months of 2017 increased by 3.6% with a total of 1,706,020 customer deliveries worldwide. These record figures can be attributed to increased sales across a variety of models in the portfolio. For example, the BMW X family continues to be a strong growth driver, despite availability of the BMW X3 being significantly affected by the current model changeover. Total BMW X sales were up 11.3% (578,336) in the first ten months of the year. Other models contributing significantly to sales growth this year include the BMW 1 Series (161,804 / +12.5%) and the BMW 7 Series (53,043 / +11.9%). Meanwhile in October, the new BMW 5 Series was delivered to a total of 29,370 (+8.5%) customers worldwide. This increase was achieved despite the ongoing ramp-up in the 5 Series’ biggest market, China. Even before the car is fully available in all markets, in October, the new BMW 5 Series sedan was already the world’s best-selling business limousine. The BMW 5 Series is just one of a number of new models launched as part of the company’s ongoing model offensive. Other new or refreshed models such as the BMW 2 Series Coupé and Convertible (4,689 / +5.0%) and the BMW 4 Series Gran Coupé (6,001 / +21.6%) also made significant contributions to the brand’s sales growth.

BMW & MINI sales in the regions/markets at a glance

With ongoing volatility in several significant markets, the BMW Group maintains its clear focus on achieving profitable, sustainable and balanced growth around the world.

Despite ongoing, significant headwinds in the important UK market, BMW & MINI sales in Europe are stable at last year’s very high level, with a total of 901,718 (+0.5%) vehicles delivered to customers in the first ten months of the year.

Asia continues to be a significant growth driver for BMW Group sales, with the Chinese market performing particularly strongly. Sales in Asia (691,319) are up 13.1% in the year-to-date.

Ongoing volatility in the US automotive market is reflected in the BMW Group’s figures for the Americas (361,135), which in the year-to-date are 3.4% below last year’s level.

The BMW Group
With its four brands BMW, MINI, Rolls-Royce and BMW Motorrad, the BMW Group is the world’s leading premium manufacturer of automobiles and motorcycles and also provides premium financial and mobility services. As a global company, the BMW Group operates 31 production and assembly facilities in 14 countries and has a global sales network in more than 140 countries.

The success of the BMW Group has always been based on long-term thinking and responsible action. The company has therefore established ecological and social sustainability throughout the value chain, comprehensive product responsibility and a clear commitment to conserving resources as an integral part of its strategy.