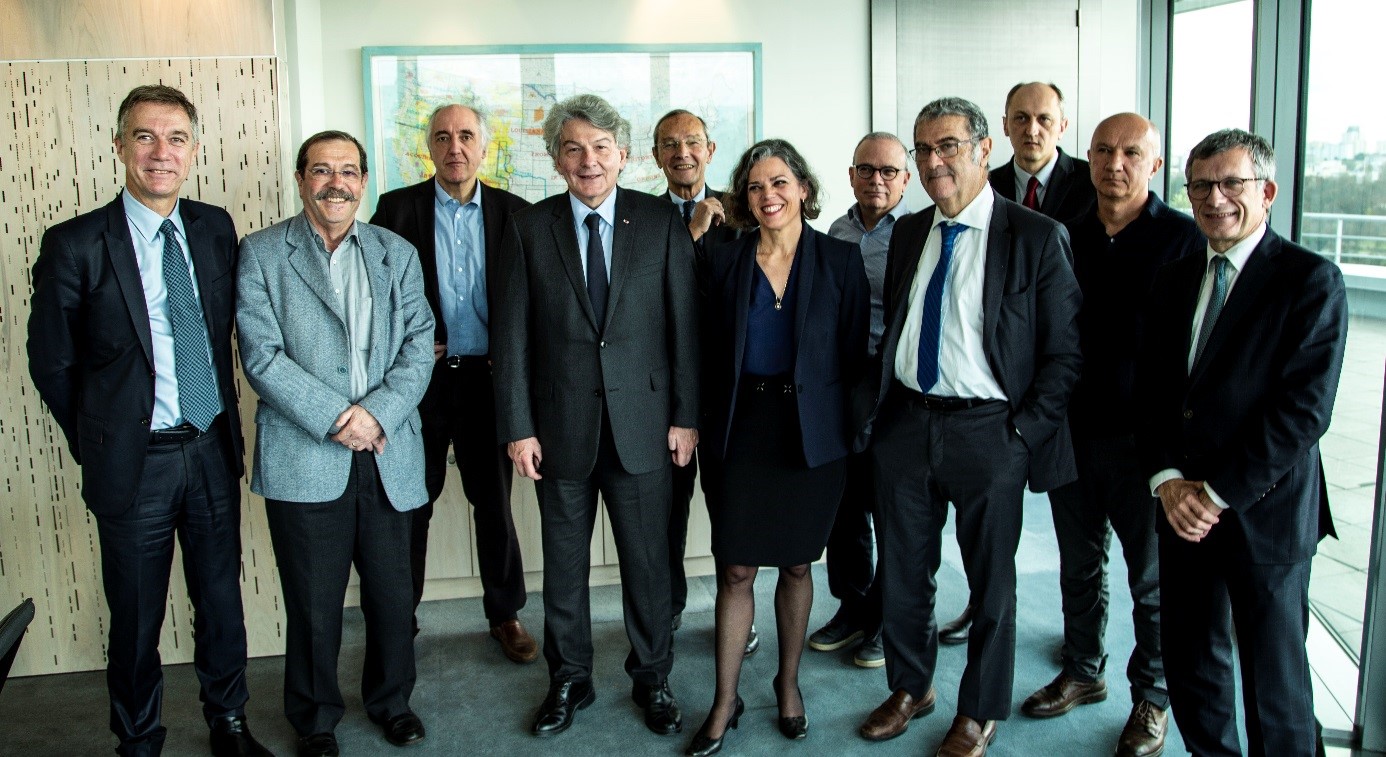 PARIS, 05-Dec-2018 — /EuropaWire/ — Atos, a global leader in digital transformation, today holds its 5th Atos Quantum Scientific Council meeting in Bezons. The members of the Scientific Council made of universally recognized quantum physicists and mathematicians reviewed the two research and development projects selected for the „Quantum Flagship“ – a one-billion-euro EU-funded initiative to develop quantum technologies – and acknowledged the European leadership of Atos in the quantum field.

As part of the „Quantum Flagship“ Initiative in the EU H2020 program, Atos will bring its expertise in two key research areas: Quantum computing and Quantum simulations.

“Having two of our Quantum projects selected by the „Quantum Flagship Initiative“ launched by the European Union is a great achievement and establishes Atos as a leader in quantum computing. Our teams of researchers – supported by a world-renowned Scientific Council – have developed the most powerful quantum simulator on the market, which is now adopted by the world’s most prestigious universities and centres. Thanks to our global R&D laboratory dedicated to quantum computing, we are fully committed to make Atos and Europe leaders in this already major technology“.

Quantum computing should make it possible, in the years to come, to deal with the explosion of data, which Big Data and the Internet of Things bring about. With its targeted and unprecedented compute acceleration capabilities, quantum computing should also promote advances in deep learning, algorithmics and artificial intelligence for areas as varied as pharmaceuticals or new materials. To make progress on these topics, Atos intends to also put in place several partnerships with research centers and universities around the world.

About Atos
Atos is a global leader in digital transformation with 120,000 employees in 73 countries and annual revenue of € 13 billion. European number one in Cloud, Cybersecurity and High-Performance Computing, the Group provides end-to-end Orchestrated Hybrid Cloud, Big Data, Business Applications and Digital Workplace solutions through its Digital Transformation Factory, as well as transactional services through Worldline, the European leader in the payment industry.

With its cutting-edge technologies and industry knowledge, Atos supports the digital transformation of its clients across all business sectors.

The Group is the Worldwide Information Technology Partner for the Olympic & Paralympic Games and operates under the brands Atos, Atos Syntel, Unify and Worldline. Atos is listed on the CAC40 Paris stock index