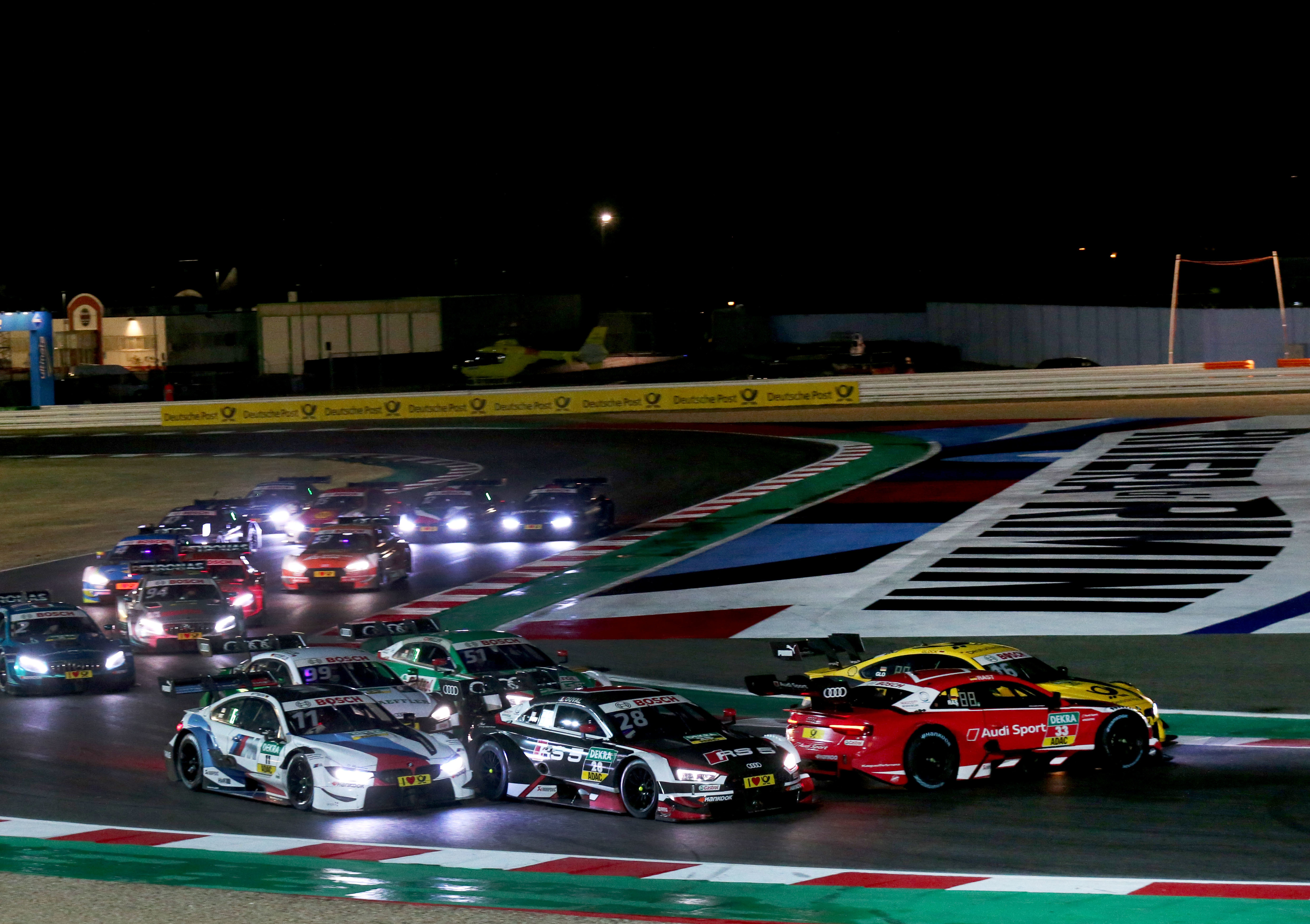 MISANO, 28-Aug-2018 — /EuropaWire/ — In a turbulent rain race under floodlights, the title defender René Rast from the Audi Sport Team Rosberg brought home another DTM podium result for Audi on Sunday evening in Misano, Italy. For the first time this season, all six Audi RS 5 DTM finished in the points. Earning a total of 92 points, Audi was the strongest manufacturer in Misano.

In a repeat of the previous evening, changeable weather conditions played a decisive role on Sunday evening. After another rainy qualifying session, at which the Audi Sport Team Phoenix driver Loïc Duval scored the first pole position in his DTM career, the race started on a damp track. However, unlike at Saturday’s race, the track did not dry up this time. This was due to a heavy downpour early on in the race, just after almost all competitors had switched from wet tires to slicks.

When the race director deployed the safety car after Lucas Auer slid from the track in his Mercedes-Benz, the weather gamble ultimately proved advantageous for the five drivers who at this stage had not yet come in to the pits: Joel Eriksson (BMW), Edoardo Mortara (Mercedes-Benz), the two Audi pilots René Rast and Robin Frijns as well as guest driver Alessandro Zanardi (BMW). Thanks to the safety car phase, they gained a lap and concluded the race in the first five positions.

“What a crazy race,” said René Rast. “I got away well at the start from fifth on the grid and was immediately in third before almost being shunted into a spin in turn 2. I thought that would be the end of my race, but somehow I managed to control the car. When the safety car came out and I hadn’t yet taken my pit stop, I thought we’d lost the race. Instead, we managed to score third place.”

After securing his first podium result on Saturday, DTM newcomer Robin Frijns from the Audi Sport Team Abt Sportsline followed up with another strong result clinching fourth place on Sunday. Holding 55 points, the Dutchman is now the second-best Audi driver in the points after defending champion René Rast.

In the early phase of the race, Loïc Duval was running in third place, but finished his pit stop just as it started to rain. One lap later, the Frenchman had to return to the pits to have wet tires fitted. Duval achieved seventh place as the second-best of the lapped drivers. Scoring positions eight, nine, and ten respectively, Jamie Green, Mike Rockenfeller and Nico Müller ensured that all six Audi drivers finished in the points. With 50 points, the Audi crew eclipsed the best result of 2018 set the previous day (42 points).

“That was an unbelievable race,” said Head of Audi Motorsport Dieter Gass. “We managed to earn points with all six cars under extremely difficult conditions. This means that we did a very good job and didn’t make any mistakes – especially the drivers, obviously, but also those involved in the strategy. We had expected the conditions to dry up. Instead, we had a brief rain shower before the start and another one during the race. That made things very complicated and led to an incredible race.

In just 14 days, the next DTM doubleheader will be contested at the Nürburgring. The Eifel is also famous for its wild weather conditions.