Paris, France, 11-4-2014 — /EuropaWire/ — Airbus Defence and Space has been awarded a contract for the delivery of four of its Spexer 2000 security radars to further improve the surveillance of the borders of a major Middle Eastern country. The contract is an extension to an existing contract for the delivery of more than 40 Spexer 2000 radars, which have been operating successfully for almost two years now.

Thomas Müller, head of the Business Line Electronics at Airbus Defence and Space, said: “Spexer 2000 is using state-of-the-art Active Electronically Scanning Array (AESA) technology, which provides a multi-tasking and multi-mode capability, and increases the detection and target assessment capability substantially. Due to this, Spexer 2000 can replace several conventional radars.”

Spexer 2000 is optimized for the surveillance of borders and other applications which require the monitoring of vast areas over long distances of 40 km. With high Doppler and velocity resolution as well as high clutter suppression, Spexer 2000 is able to reliably detect, track and classify even very small and slowly moving targets such as pedestrians, and also fast objects such as speed boats or low-flying objects such as Unmanned Aerial Vehicles. In addition, a camera mounted on top of the radar can be cued to the radar in order to identify suspicious objects.

The radar is qualified according to several military standards and provides a very high availability and MTBCF (mean time between critical failure), combined with a low false alarm rate and reliable performance even in severe environmental conditions.

Spexer 2000 is part of Airbus Defence and Space’s Spexer security radar family which consists of several radars, each optimized for specific surveillance applications including border, infrastructure, perimeter and coastal surveillance. A specific military version has been developed for the German Army.

About Airbus Defence and Space
Airbus Defence and Space is a division of Airbus Group formed by combining the business activities of Cassidian, Astrium and Airbus Military. The new division is Europe’s number one defence and space enterprise, the second largest space business worldwide and among the top ten global defence enterprises. It employs some 40,000 employees generating revenues of approximately €14 billion per year. 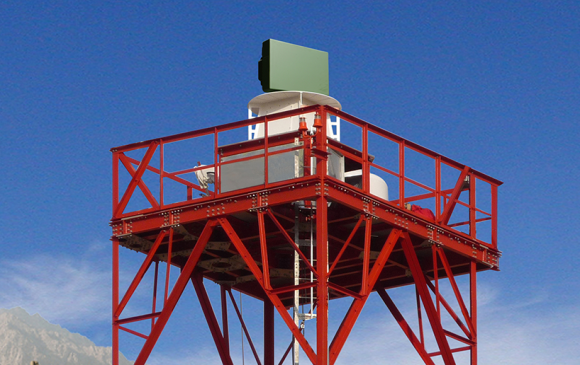