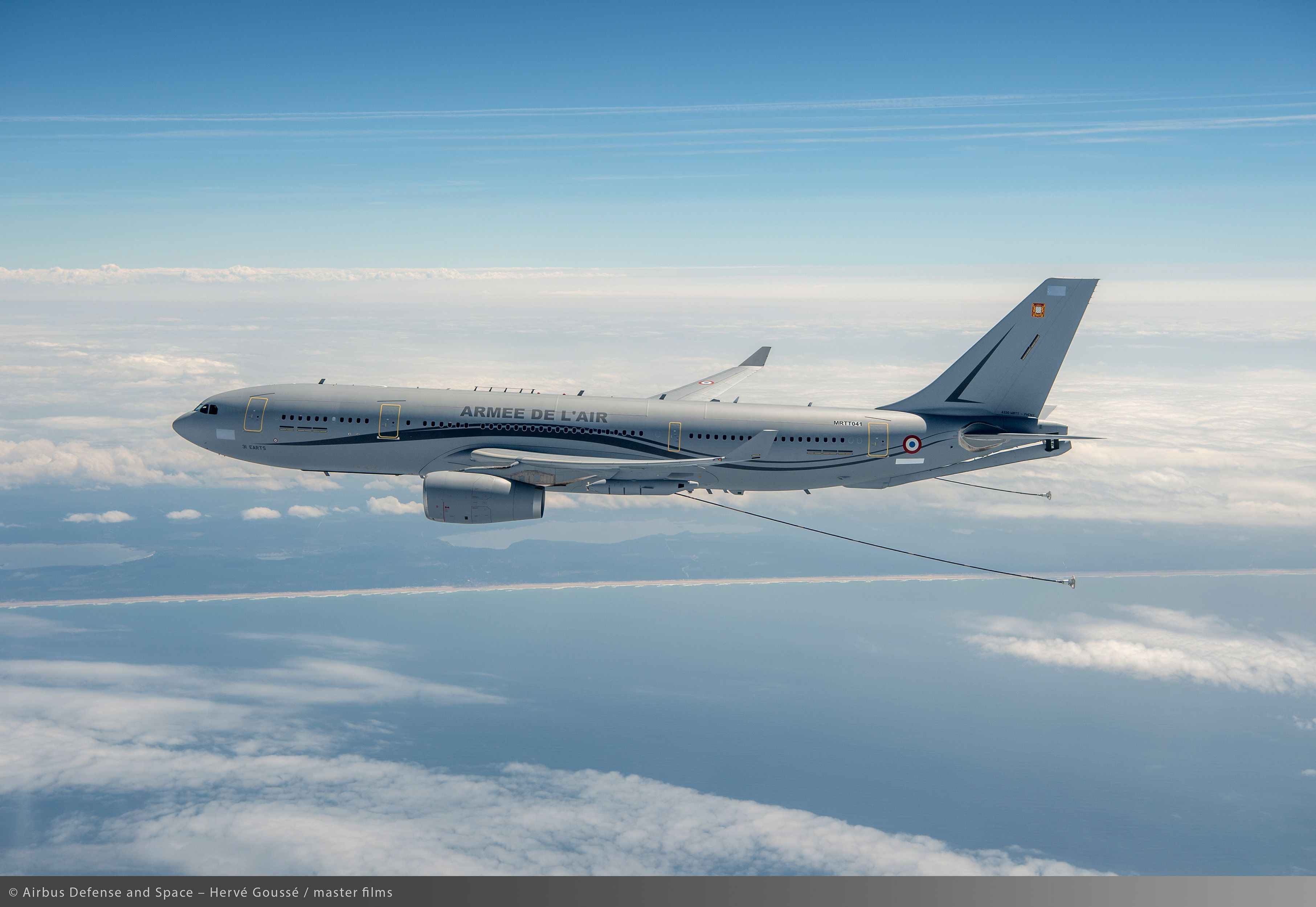 The aircraft, known as Phénix in French service, constitute the third and final tranche of the multi-year contract for 12 A330 MRTTs signed by the French Ministry of Defence in 2014.

The first of the fleet was formally handed over in October and the remainder will be delivered by the end of 2023 under an accelerated timescale requested by France.

In French service the A330 MRTT will be powered by Rolls-Royce Trent 700 engines and equipped with a combination of the Airbus Refuelling Boom System and underwing hose-and-drogue refuelling pods. The aircraft can be configured in a variety of layouts carrying up to 272 passengers as well as medevac arrangements including the French MORPHEE intensive care module carrying up to ten patients as well as 88 passengers.

The combat-proven A330 MRTT has been ordered by 12 nations which have now placed firm orders for 60 aircraft, of which 34 have been delivered.

Airbus is a global leader in aeronautics, space and related services. In 2017 it generated revenues of € 59 billion restated for IFRS 15 and employed a workforce of around 129,000. Airbus offers the most comprehensive range of passenger airliners from 100 to more than 600 seats. Airbus is also a European leader providing tanker, combat, transport and mission aircraft, as well as one of the world’s leading space companies. In helicopters, Airbus provides the most efficient civil and military rotorcraft solutions worldwide.