Adults with ADHD commit fewer crimes when on medication

Posted on 23, November 2012 by EuropaWire PR Editors | This entry was posted in Education, Healthcare, Science, Society, Sweden. Bookmark the permalink.

23-11-2012 — /europawire.eu/ — Criminal behaviour in people with ADHD (attention deficit hyperactivity disorder) dropped sharply during periods when they were on medication, according to a new extensive registry study conducted at Karolinska Institutet in Sweden. The study that contained of over 25,000 individuals is published in the New England Journal of Medicine (NEJM).

While previous research has shown that people with ADHD are more likely to enter a life of crime, it has remained uncertain how ADHD medication affects this risk. After having studied over 25,000 individuals with ADHD from different registries over a four-year period (2006-2009), researchers at Karolinska Institutet have now been able to examine the link between ADHD medication and criminality.

The study demonstrates in a variety of ways links between ADHD medication and a reduced risk of criminality. For example, the incidence of criminal behaviour was lower amongst medicated individuals than unmedicated ones; and in the same individual comparing periods of medication with no medication, they also found that ADHD drugs were associated with a significant risk reduction of 32 per cent. This way of studying the same individual is a particular strength in that it shows that the risk reduction is probably not attributable to differences between participants on medication and those not.

Other conclusions drawn by the study are that the observed association is not different between males and females, and applies as much to petty crime as to serious and violent crime.

“We have shown that ADHD medication very probably reduces the risk of crime,” says Henrik Larsson, Associate Professor at the Department of Medical Epidemiology and Biostatistics, Karolinska Institutet. “However, we need to point out that most medical treatments can have adverse side effects, so risks must be weighed up against benefits and the individual patient’s entire life situation taken into consideration before medications are prescribed.”

“Of course the potential pros and cons of each prescription have to be evaluated,” he says. “What we’re saying is that this probable reduction in the risk of crime must also be taken into account. It’s said that roughly 30 to 40 per cent of long-serving criminals have ADHD. If their chances of recidivism can be reduced by 30 per cent, it would clearly effect total crime numbers in many societies.”

Approximately five per cent of school children and possibly half as many adults have ADHD, which is characterised by a inattentiveness, distractedness and impulsivity. Research has shown that ADHD is a relatively stable condition and many of those who are diagnosed as children also meet the criteria for ADHD as adults. Individuals with ADHD can be treated with central stimulants, which are thought to act by enhancing alertness and mood and activating the brain which in turn improve attention and impulse control.

The study was financed with grants from the Swedish Research Council, the Swedish Council for Working Life and Social Research, the Swedish Prison and Probation Service the National Institute of Child Health and Human Development, and the Wellcome Trust. There was also some collaboration with the Medical Sciences Division at University of Oxford, UK. 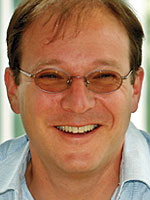 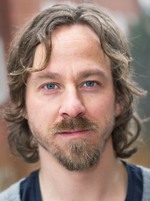